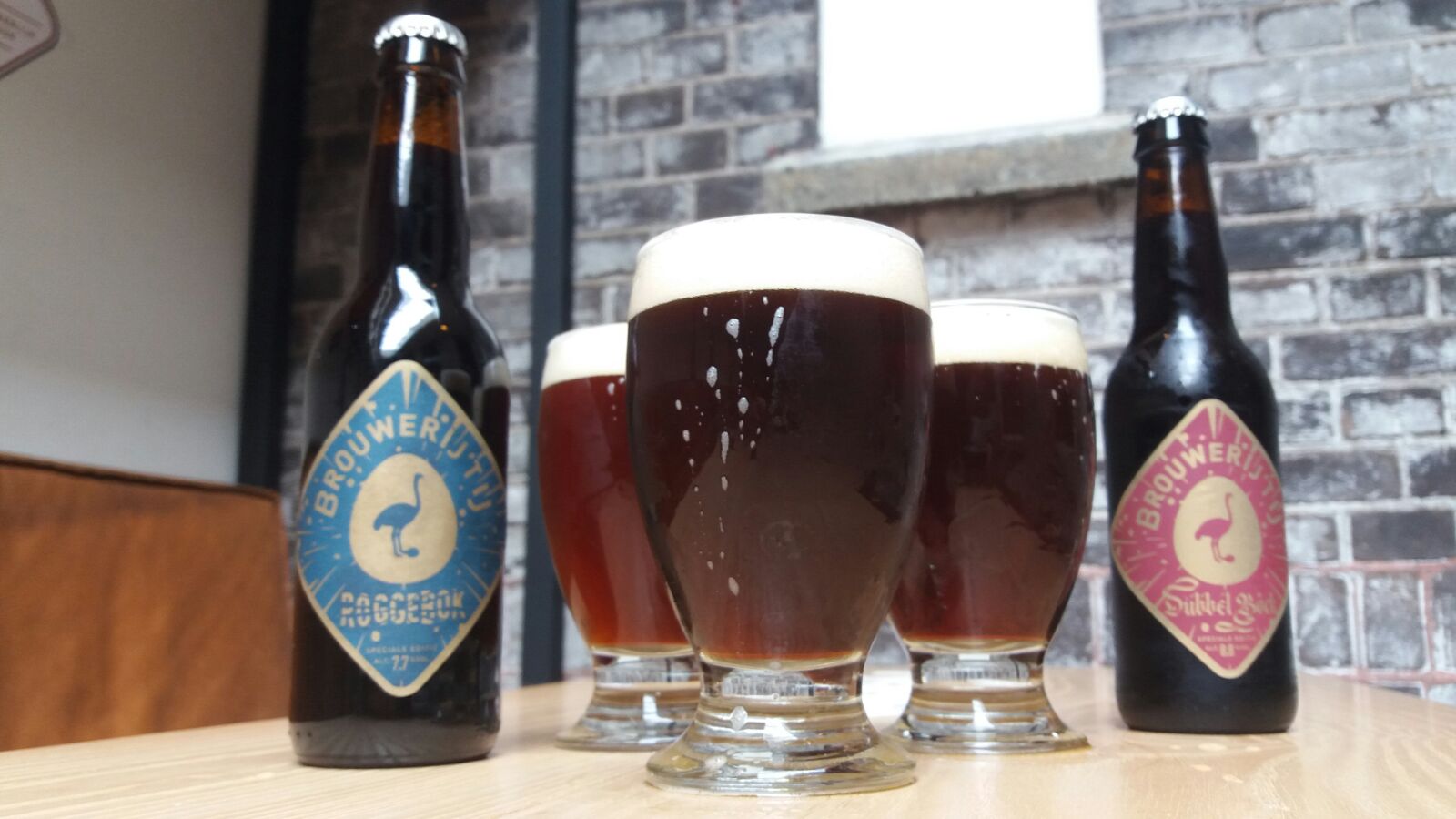 As in previous years, we used the time leading up to autumn to brew some variations on the classic bock beer. Earlier experiments resulted in the Rye Bock and the Dubbelbock. We stocked part of the latter last year, so its taste had some time to ripen and deepen. We brewed a new batch of the Rye Bock and bottled it.

But these two are not the only bock beers to complement our classic autumn brew, the IJbok. We added two new bock beers this year: the Amarillo Bock and the Cinnamon Bock.

Cinnamon Bock
The Cinnamon Bock is the IJbok’s spicy brother. Initially, there is that sweetness and the sour hint that you know classic bock beers for. The cinnamon takes its time to reveal itself here. Teaming up with the subtle taste of the orange peels that boiled along too, it makes for a rich, slightly spicy aftertaste. A fine mix of oats, cara and roast malts provides a pleasant soft mouth feel.

Amarillo Bock
The Amarillo Bock is a light, fresh bock beer. Named after the Amarillo hop variety, it is to a large degree defined by a crisp, friendly hoppiness. Besides a touch of toffee, the dark malts provide a beautiful red glow too.

Rye Bock
Just as last year, we build the Rye bock on solid quantities of malted barley, rye and wheat, all of them roasted to varying degrees. The colour is deep dark, the taste is full but to add even more depth, we pumped this beer round some oak whisky barrel chips. Available at the better liquor stores and our very own bar, of course. Bottled only.

Dubbelbock
Same beer as last year, though more mature,  same malty firmness and smokey complexity. Munchener, Bamberg and peted malts give this heavy hitting doppelbock a lot of depth. Beautiful, full, rich beer, with a black and red glow. Bottled only and exclusively in our very own pub.

Fall will be pretty sweet (and a little Amarillo hoppy) this year. Enjoy.