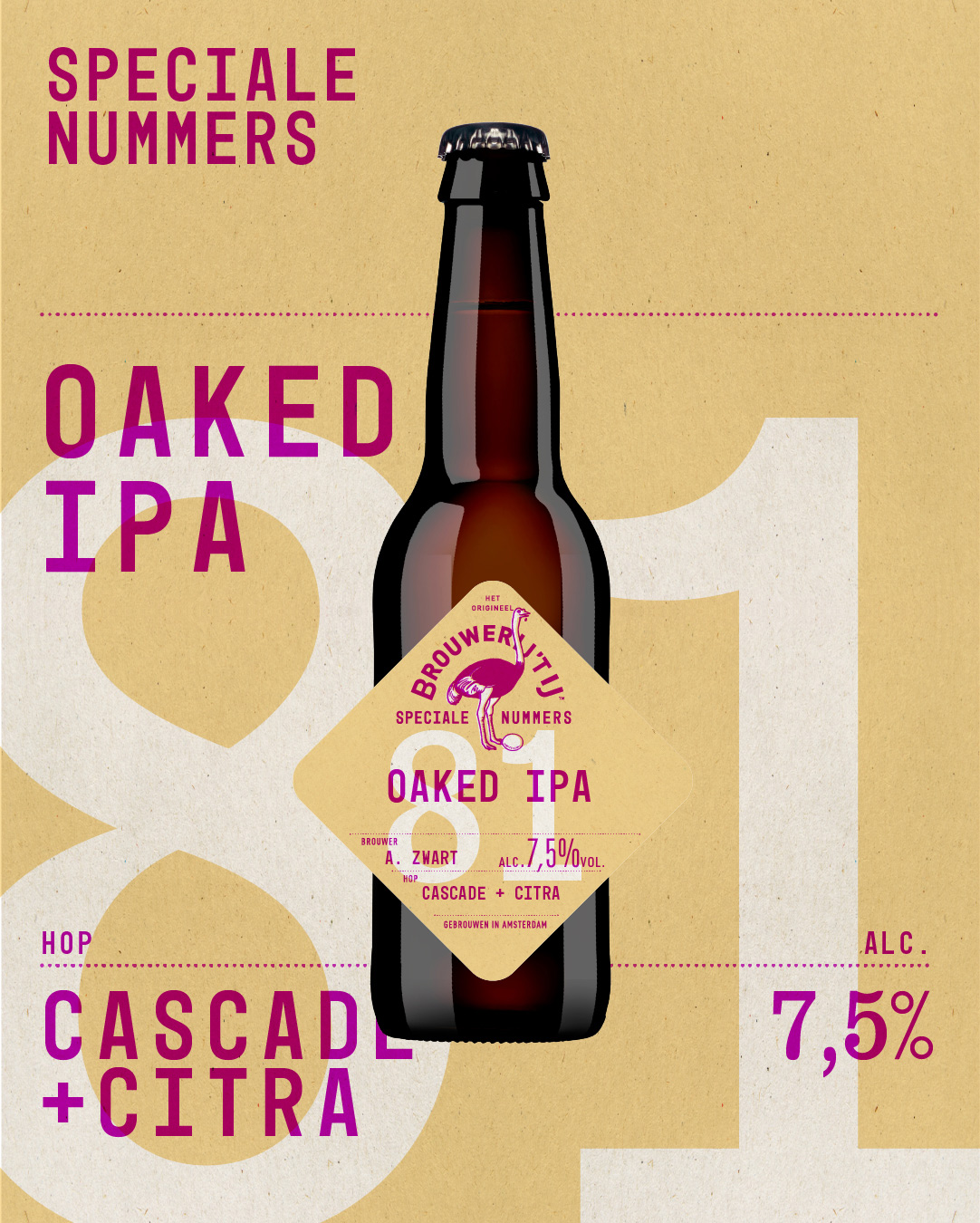 Number five in our series of special numbers. The series that we started at 77, because after some research it turned out to be the 77th beer that we brewed. Now for number 81, the first of 2023. Our brewer Allard presents the Oaked IPA.

The double dryhop that we also used in the East Coast IPA (No. 77 for who’s paying attention) is back, with the addition that we now also dryhop during the warm, active fermentation. This gives the Oaked IPA very interesting fruity flavors. With the added dimension of oak chips, which subtly enrich the beer with notes of wood and vanilla.

A tried and tested method in heavier beers like Imperial Stouts, but in an IPA it’s all about balancing the bitterness and aromas of the hops. For our Oaked IPA we chose a varied hop bouquet that, in combination with the oak wood, creates a rich flavor palette.

In terms of color it’s fairly blond, with a nice ABV of 7.5%. Nice for in the cold months, with an added glimpse of the warmer and longer days that, if you look closely, can already be seen on the horizon.

Find it in our tap rooms and at a select number of liquor stores in the Netherlands, such as Mitra. But be quick, because special editions are limited and sell out faster than you might think.