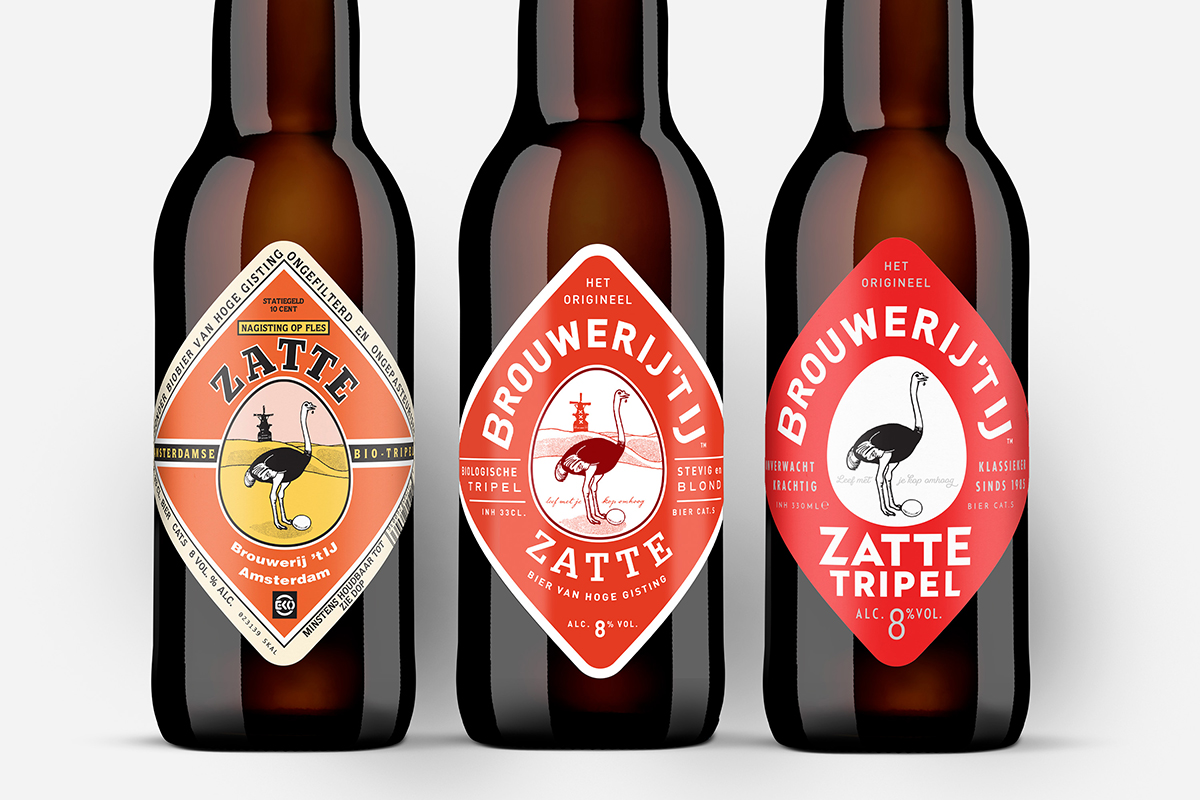 Posted by brouwerijhetij in News On Feb 23 2022

When you say Brouwerij ‘t IJ, then you automatically think of the Zatte Tripel. It was the first beer brewed in the tanks on the Funenkade. In true Belgian tradition, it’s a full, malty and smooth 8% alcohol tripel. An unfiltered, robust golden beer with an aroma of fresh fruit and hints of grain.

The Zatte Tripel is actually older than Brouwerij ‘t IJ itself. Before founder Kaspar Peterson started Brouwerij ‘t IJ in 1985, he was brewing it at home, in his garden, kitchen and shed. He’d converted his bedroom into the fermentation and storage space. The Zatte was bottled in his hallway. The fragrant hops all over the house helped Kaspar and his wife sleep soundly at night. But once there was no more space to stack the crates at home, the brewery moved to the old bathhouse on the Funenkade, where the beer is still brewed today. That’s where the test brews of all new beers, the specials, and all the other beer served in the tasting rooms come from.

Amsterdam quickly embraced the Zatte Tripel, and now, 35 years later, the beer is a fixed item on the menu in the hospitality industry all over the country. Alongside the successful light and non-alcoholic beers, the robust tripels are wildly popular at the moment.  The classic tripel is as likely to be drunk next to the fire on a cold winter’s evening as it is on a warm sunny sidewalk cafe in summer.

The Zatte Tripel was also the first ‘t IJ beer to bear the characteristic diamond-shaped label on the bottle. The label has evolved over the years, but the diamond, the thirsty ostrich and the egg are still prominently displayed on every bottle. Most of the images are fairly straightforward. But the ostrich often raises questions. Apparently, many of Amsterdam’s best breweries in the past had names derived from birds (’t Ooievaartje, Brouwerij de Gekroonde Valk, De Witte Zwaan, or ‘The Little Stork’, ‘The Crowned Falcon’ and ‘The White Swan in English), and Kaspar just liked ostriches. That’s all there is to the story.

When Zatte Tripel celebrated its 35th birthday last year, several walls in Amsterdam raised murals in celebration. Two of them are shown here: one above Café Flamingo at the Albert Cuypmarkt, and one above Traiteur Peperwortel on the Overtoom. A third, enormous bottle of Zatte was painted on the side wall of Café Kobalt on the Singel, where you could see it from the trams racing by. But this mural’s life was cut short when the city demanded that it be removed, because apparently ‘t IJ was breaking just about every advertising law in existence.

As we speak, all bottles of ‘t IJ are receiving new labels with a fresh update of the familiar designs. The label for Zatte is still red, and it still has an ostrich! But the recipe has also been updated: now it’s even crisper and fruitier, but with the familiar IJ taste and full finish.

Together with Kapooow advertising bureau in Amsterdam, we’re working on a full advertising campaign for Zatte Tripel. We’ve never done anything like it for our beers, and we’re justifiably proud of it. The message revolves around three of the beer’s most important characteristics: Unfiltered, Uncompromising, and Classic. We’ve recorded videos in the studio with custom sets, lots of actors, and of course extras from our own brewery. Wouter held the fishing rod with a seagull on a string, and Michiel Romeijn (Jiskefet, Trecx) lent his unmistakable voice for the voice-over.

Over the next few months, you’ll probably see the videos come by in your Insta feed, and you might see the images on a poster in the city or a coaster under your glass. Cheers!