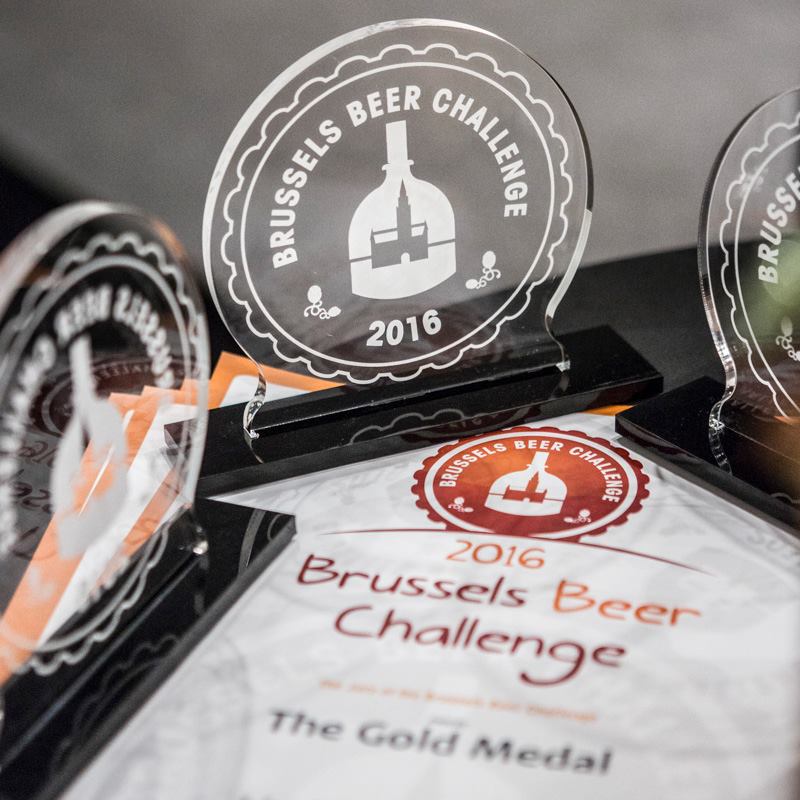 We scooped some awards at the Brussels Beer Challenge again

It might very well be Europe’s most prestigious beer contest: the Brussels Beer Challenge. During the competition’s fifth edition, earlier this month, 75 experts sampled no less than 1100 beers from around the globe. It took them a while, but the jury send good news from Brussels this week.

In 2015, our IJwit was rewarded with a gold medal. This year the IJndejaars, our winter ale, took silver.

The distinguished jury really liked our I.P.A. too. Our flowery pale ale was award a certificate of excellence.

The recognition for the IJndejaars came just in time as we recently released it again. Like previous winters, it is the perfect remedy against the gloomyness that comes with another year coming to an end.

Our most heart warming brew is available in our brewpub and at the Dutch liquor stores who know what’s what.

We scooped some awards at the Brussels Beer Challenge againWednesday, November 23, 2016Daisy Altelaar
0