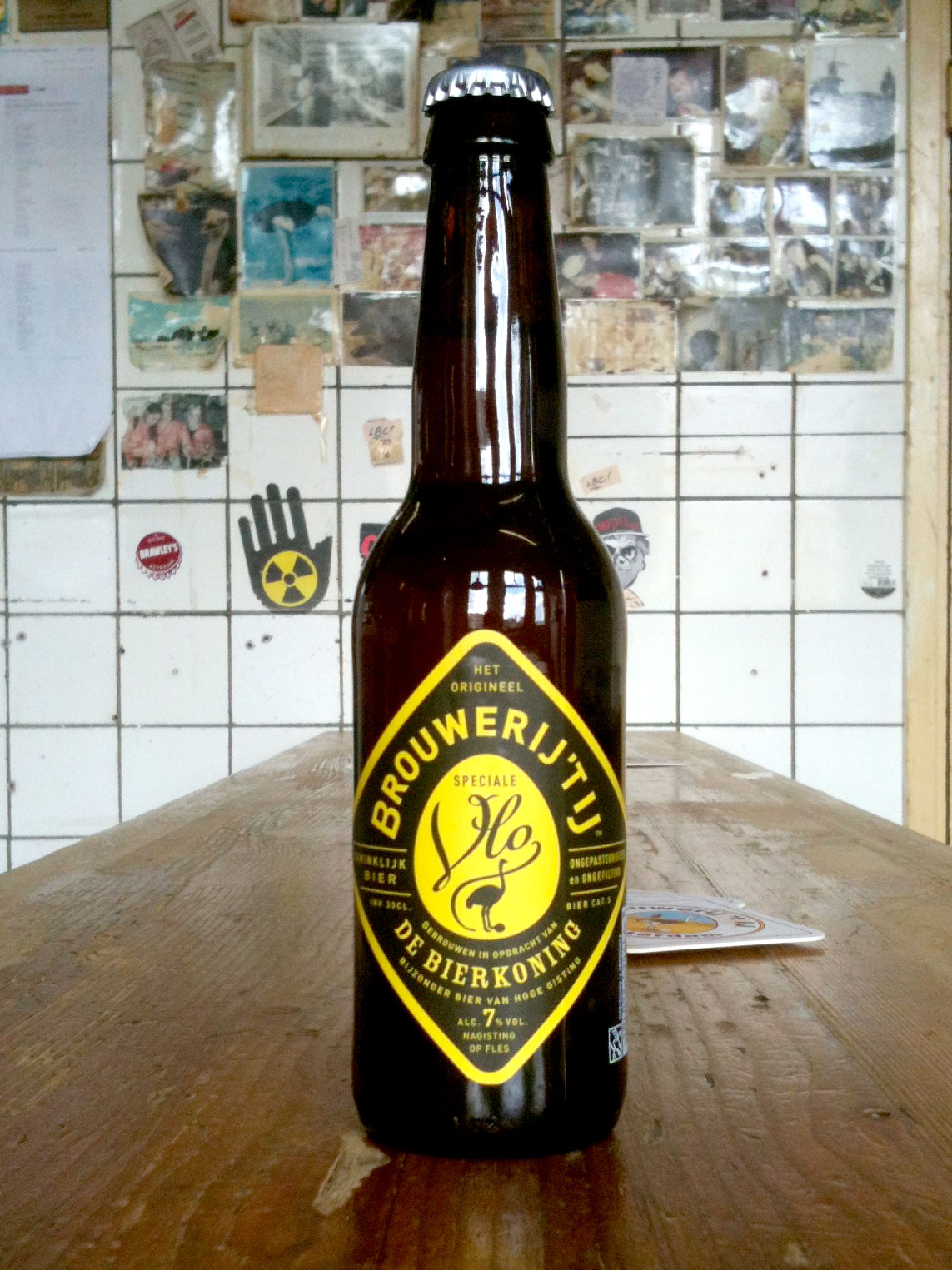 Vlo is back again. Last week you could read that we brew Vlo once in a while special for De Bierkoning. But you might wonder what’s up with the name. Well, ‘Vlo’ is short for ‘Vodden, Lompen en Ongeregeld’ (translates to: Rags & Disturbances) and refers to the time that the founder of De Bierkoning was still selling rags on the Waterlooplein.

We don’t want to boast too much, but this batch of Vlo is once again a great beer. A serious, but well balanced load of hop went in this amber beer which the expert will recognise instantly. The same is true for the fruityness, which is described by many as peach or abricot. At last we added a good amount of coriander for it’s characteristic spicy taste.

Of course a big part of this batch of Vlo is on the shelves of De Bierkoning. A few other bars and liquor stores have managed to get some bottles and of course we sell them in our own pub. But be fast, because we just brewed a limited quantity.