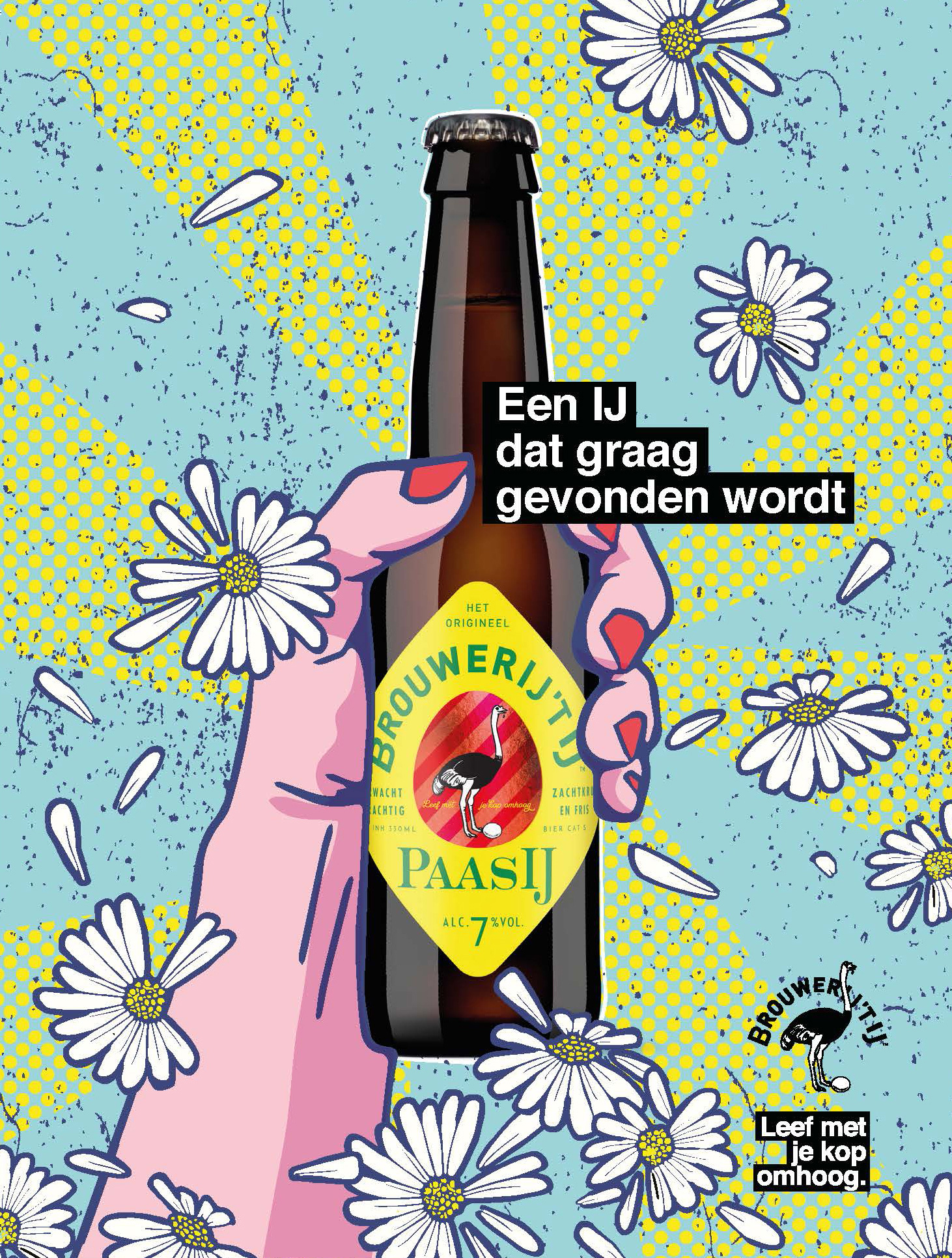 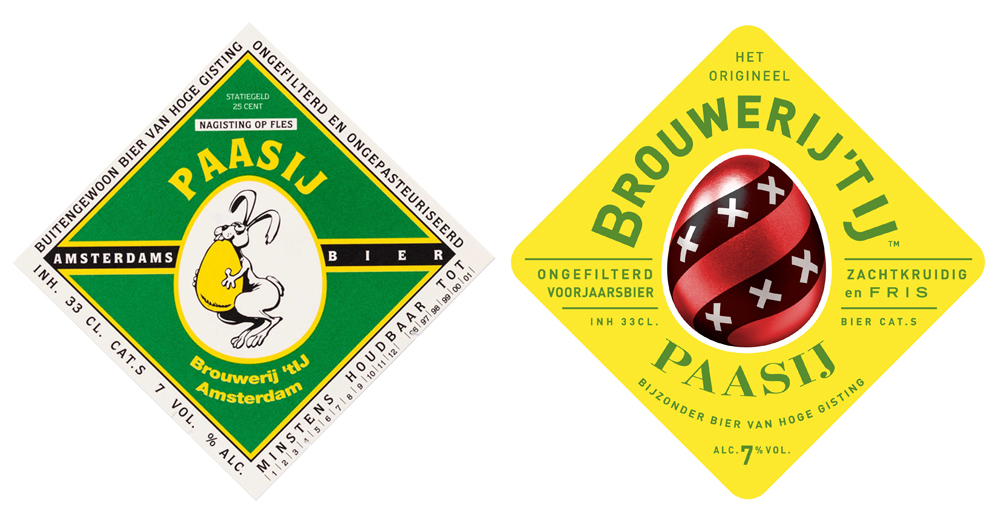 The label
Brouwerij ‘t IJ has been brewing its special lentebok since 1989. The recipe is a creation by brewery founder Kaspar Peterson. Only he knows how the idea for the PaasIJ was brewed up, and each year he brewed it a little bit differently. That fermented a sense of mystery around the creation of this unique lentebok.

For the first year, this seasonal beer had no label, like the winter beer IJndejaars; instead it had a silk paper wrapper, with the ostrich logo replaced by an Easter bunny illustrated by political cartoonist Tom Janssen.

The wrapper also had the tasting bar’s opening hours printed on the side. The closing time of 20:00 hasn’t changed since then. For the second year’s batch, the wrapper had been replaced by a label showing the same Easter bunny. Since 2009, the label has depicted an Easter egg decorated with the Amsterdam coat of arms, but next year’s label will feature some new changes, so keep an eye out for it… The recipe
Every year, Kaspar made some slight changes to the PaasIJ recipe, but the batch in 2007 was exceptionally successful. It was so well received, in fact, that in 2008 he chose to use the same recipe. The recipe hasn’t changed since then, and over the years it has become a favourite among many IJ-beer drinkers.

Since the first batch in 1989, the PaasIJ has been brewed with 7% alcohol using in-house yeast that produces the beer’s characteristic fruity notes and easy drinkability. The ground coriander seeds and liquorice powder are also standard ingredients.

Together, the aromas form a wonderful balance between fruit, coriander, yeast and hops. A pleasant combination, in which the lightly roasted malt highlights the craft beer’s pleasant bitterness. The finish is slightly effervescent, with a long crisp aftertaste. An IJ beer we look forward to every year as spring approaches.