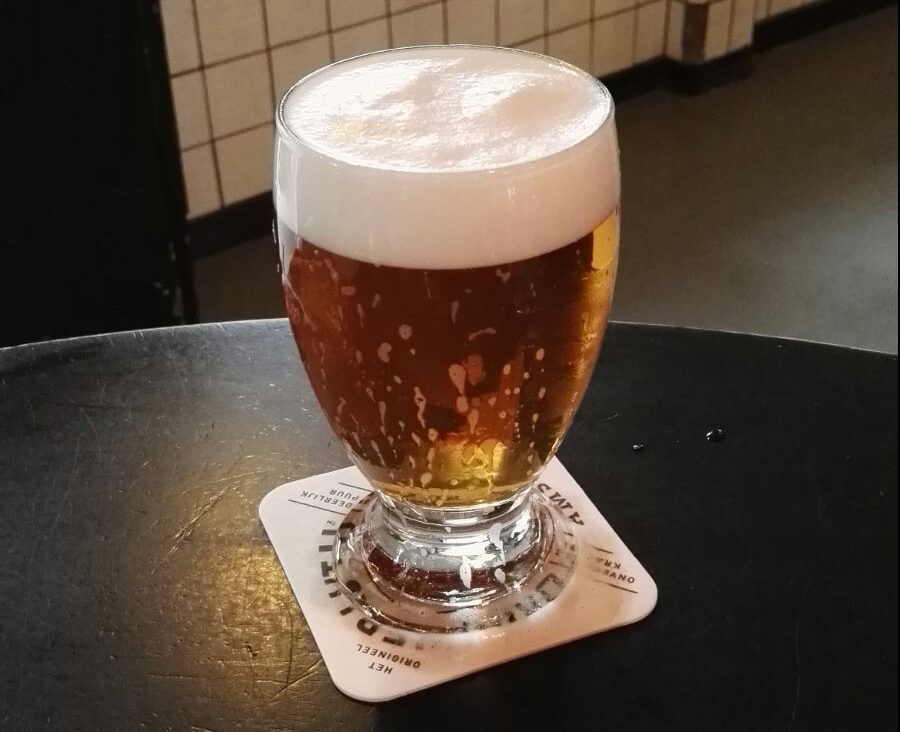 No style grew from from obscure recipe into such a widely loved beer as did IPA. Since its rise to world domination, the beer world has been eagerly awaiting the next forgotten classic to take the world stage. Just when that hope seemed to fade, IPA finally seemed to have found its successor in.. an IPA. The New England IPA, to be precise. At least, that is what the Americans think and they ought to know as they were the ones that brought IPA back to prominence.

The war of the hops that culminated in extremely hoppy beers seems to have ended with a defeat for bitterness. New England IPA’s still contain loads of hops but are not about the bitterness as much as the ‘regular’ IPA’s. The New England variety rather focuses on the flowery, aromatic qualities of the tried and tested bittering agent.

Homeland festival collab
When the people behind the Homeland brewery and their Amsterdam Beer Festival invited us to brew a beer for the occasion, we opted to try our hand at this exciting new style. In America, they love their New England IPA’s extremely cloudy but, as this is a festival collab, ours still allows some sun to shine through. But it does possess that beautiful flowery, tropical hoppiness that has ‘ New England’  take the world by storm right now.

We achieved that type of hoppy flavour by only adding hops during the final part of the boiling of this beer. Citra, Mosaic and Nelson Sauvin hops were thus only dipped in shortly to release their soft, tropical and citrusy aromas. An Enigma dryhop provided a final, tropical touch.

Eager to taste whether this really is the future? Come see us next Saturday, the 9th of September that is, at the Amsterdam Beer Festival. Ideal opportunity to taste all the other limited festival collabs too. For everyone who cannot make it: we saved a tank for our own pub. Might finish quickly.

American breweries take note: this is @BrouwerijtIJ‘s New England IPA. Has the same great aromas & flavors. But you can see through it. pic.twitter.com/UbYcL3Uouc