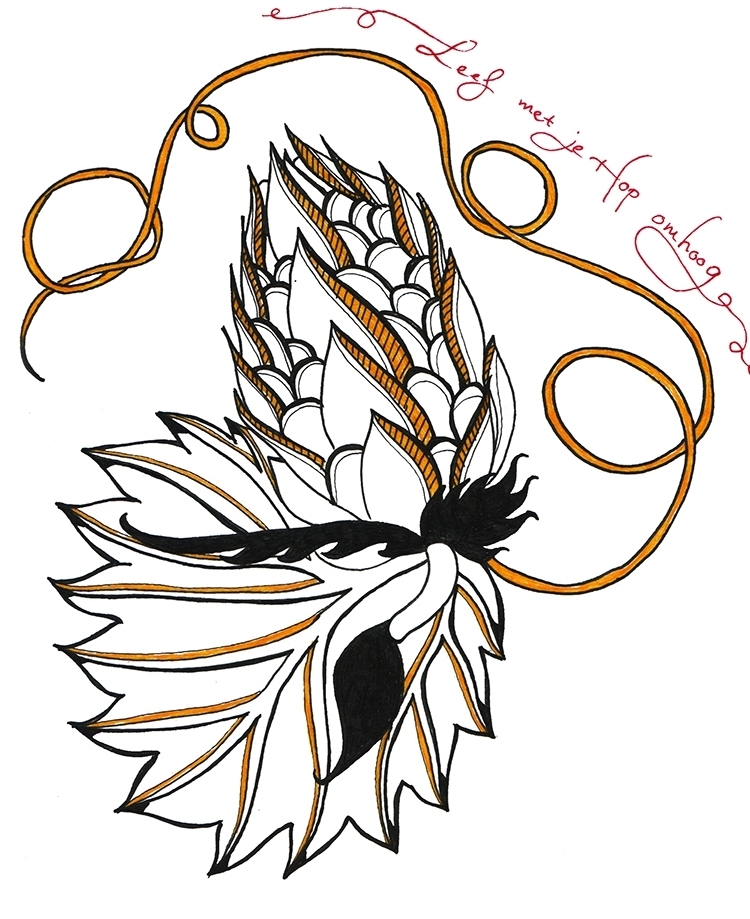 The sweet story of our favorite bitter plant There are probably few plants whose rise has been so long and so steady as has been that of hop. The increasing amounts of hop produced these days are often still not enough to satisfy demand. What is it that makes this climbing plant such a smashing success?

It is hard to pinpoint the moment when people started using hop as a beer ingredient but let’s say the rise of our beloved plant started roughly a thousand years ago. People had been brewing beer for centuries by then but current drinkers would probably qualify those brews as a rather sour kind of watery porridge. Wild yeast would drive their fermentation and the bacteria dropping into the sweet mash too would result in a prominent level of acidity. Early beer makers would add all kinds of herbal mixes for balance in the sweet and sour liquids they produced. These mixes could contain herbs, berries and other flavouring ingredients and are known as gruit today.

Hop was probably added in a similar way, initially. People must then have discovered that its bitter aromas nicely balanced the sweet and sour flavour of their beer. More importantly perhaps, they figured that it preserved their beer for a longer period when boiled. Logical result: more people started to grow hops, less people hunted the woods for gruit ingredients.

It involved some political and economic strife but in the last Medieval centuries hopped beers spread out over Europe, mainly by boat. Brewers who used hops could preserve their beers longer and could carry it far beyond its region of production. A significant advantage which eventually killed of the gruit competition.

Illustrative of the impact hop had, is the Reinheitsgebot of 1516. The degree, issued by two Bayern dukes, stipulated that beer should only be brewed with water, malt and hop (this was a time when the crucial role of yeast was as yet unknown). The Reinheitsgebot was a little push but by no means crucial. Hop, with its distinctive flavour and antibacterial qualities, would have made it as one of the main ingredients of beer without the German degree. It is the lupulin, somewhat waxy stuff inside the hop cones, which imparts its bitter aromas. Besides essential oils, the lupulin contains alpha and beta acids. By boiling the hop, the structure of these acids changes. One of the results of that chemical transformation is the foam on your beer. More important perhaps, are the antiseptic influence and increasing bitterness. Especially the alpha acid called humulon exudes that typical beer bitterness and, conveniently, also dissolves in water more easily in its altered, boiled state.

Brewers tend to boil hops with a lot of alpha acids longer in order to extract all the bitterness. These types are called bittering hops for that reason. The hop varieties that contain less of these acids are used for non-bitter flavouring and not boiled as long. They provide the more flowery side of hoppy flavour. All those very fine qualities are only packed into the female hop cones. Male and female plants generally develop separately and, unlike their female counterparts, male hop flowers are detrimental to the quality of a beer. Hence hop growers only select female plants and aim to keep the male hop out of their fields.

These fields look deserted most of the year. The roots are there but the plants only show in summer, when the bines climb up along the strings attached to a trellis. This happens remarkably fast, with the plants growing up to ten centimetres a day. Within two months the fields are lined with green walls of hop up to six metres high.

In September, the hop flowers are ready to be harvested and put to very good use. In recent years, unfavourable climatological circumstances resulted in harvests that could hardly satisfy the enormous demand. The 2016 edition though, was a good one.

We are stocked with plenty of great hops again.