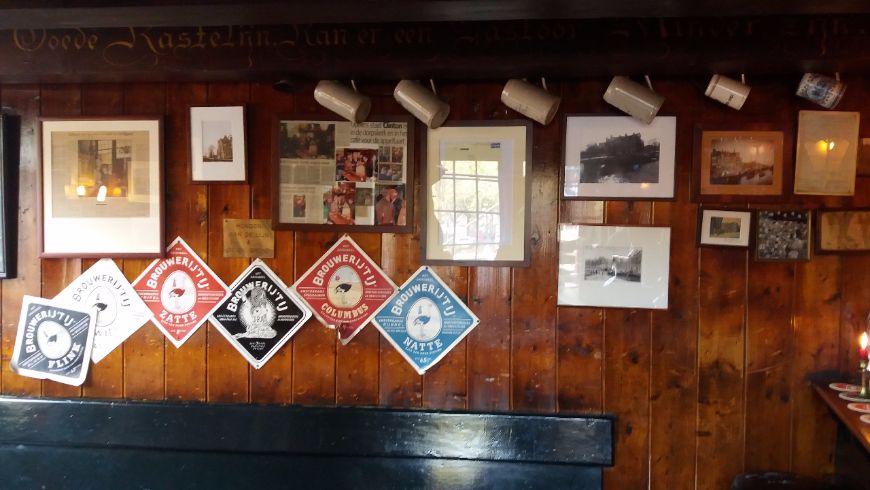 Bill Clinton just walked into café Papeneiland five years ago. He ordered coffee and a piece of apple pie and liked the latter so much he asked if he could take an entire pie with him afterwards. The story is already the stuff of legends among Amsterdam’s tourist guys who mention numbers of take-away apple pies of up to twelve.

Clinton appreciated the pie and the hospitality so much, he wrote owner Tiel Netel a letter to thank him. He called his visit to Papeneiland “one of the nicest experiences I have had in quite a while”.

What was it that charmed the former American president? It might have been the interior, which looks as if little has been changed ever since this place became a bar a few centuries ago. The old wood and Delft blue offer a glimpse into the what life in the Dutch Golden Age of the 17th century might have looked like.

It might have been that amiable atmosphere of an establishment that has been family run for decades. Or the mix of content regulars and excited newcomers. Or its location, right in the middle of one of the most wonderful neighbourhoods, the Jordaan.

Whatever the reason, part of its charm clearly is that Papeneiland has maintained that classic Amsterdam bar feel. Fancy hypes never managed to get a foothold here. Or it must have that moment when a new Amsterdam brewery started brewing exciting ales in the 1980’s. Papeneiland has loyally been serving our beers ever since and never opted for another type of craft beer. Why? “This is good beer”, Tiel Netel, baker of great apple pies, says.