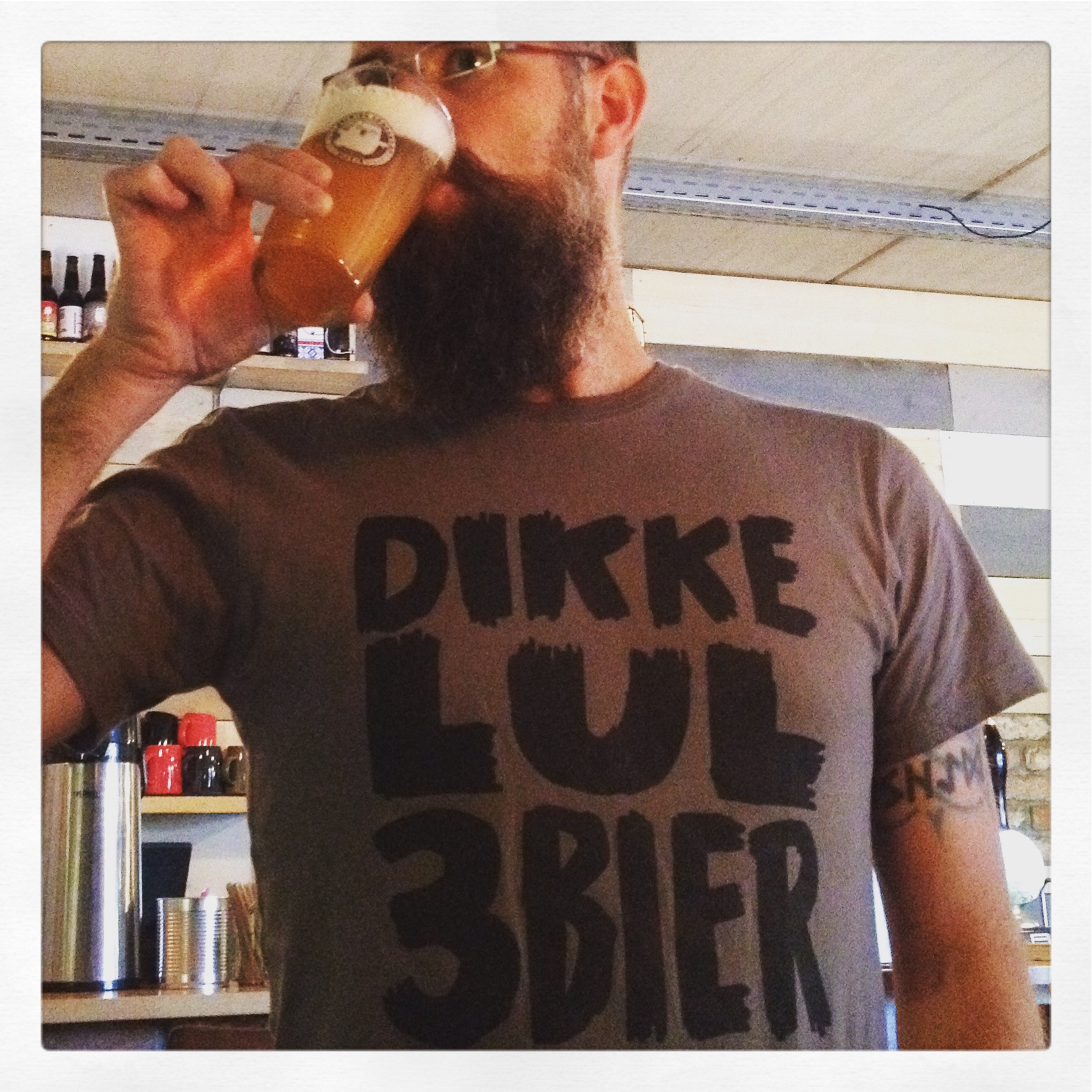 It is still a small-scale affair that mostly attracts a small crowd of Dutch beer lovers at the moment, but the #beershirtweek has all the qualities to become an international hit. What is it about and how did it all start?

It began with a simple and innocent act: a Dutch guy called Taco Zuidema bought a T-shirt in some bio store, years ago. Not very important but pleasing nonetheless: it happened to be one of our bock beer shirts. It was the very first time Taco’s love for beers and T-shirts came together. This sensation has kept him buying beer shirts ever since. Now, he hardly ever visits breweries or beer festivals without some extra cash just for shirts. As a leisure management lecturer (yes, this is a real position), Taco teaches his students about personal branding. He decided to turn his love for beer and shirts into a practical example of what that could mean. From that moment images of himself, sporting beer shirts and drinking craft beer, popped up on all kind of social media channels (Twitter and Instagram, for example). More interesting to Taco himself, however, was to see if he could get like-minded beer and shirt lovers to join him online. A hashtag was born: #beershirtweek.

This online event has a spring and an autumn edition. As the name suggests, it lasts a week. Ideally, people who join post an update with a new shirt every day of this particular week. Preferably it has a beer of the brewery of the shirt in it too. Each selfie with the #beershirtweek tag joins the ever growing network and its archive.

In the Netherlands, the growth of the network has been pushed, over the years by people behind such trailblazing breweries as Jopen and Oersoep. Recently, however, beer shirt lovers from as far as Italy and Brazil also started to join in. Taco plans to push more breweries into mobilizing their fan bases during future editions. Meanwhile, Taco himself remains the project’s most enthusiastic ambassador. In the long series of photos he shared so far, we delightedly spotted a number of our own shirts. Does he have a favorite? “Must be the Flamingo IPA. First because it was a beautiful beer. Second because of the flamingo’s bright pink.”

As any proper collector, Taco continues to search for new shirts. “I would still love a shirt from The Wild Beer Co. I am a big fan of their logo and their bottles.” He also still lacks a shirt of his favorite English brewery, Buxton. “Didn’t drink a single bad beer from them yet.” Oh, and a Napar shirt would be nice. “Because of the cool metal drawings.”

Recognize this unquenchable thirst for shirts and feel the need to share what you have got so far? Tag your beer shirt selfies with #beershirtweek and share them this on Instagram and/or Twitter. Mission is simple this week: show your beershirt.