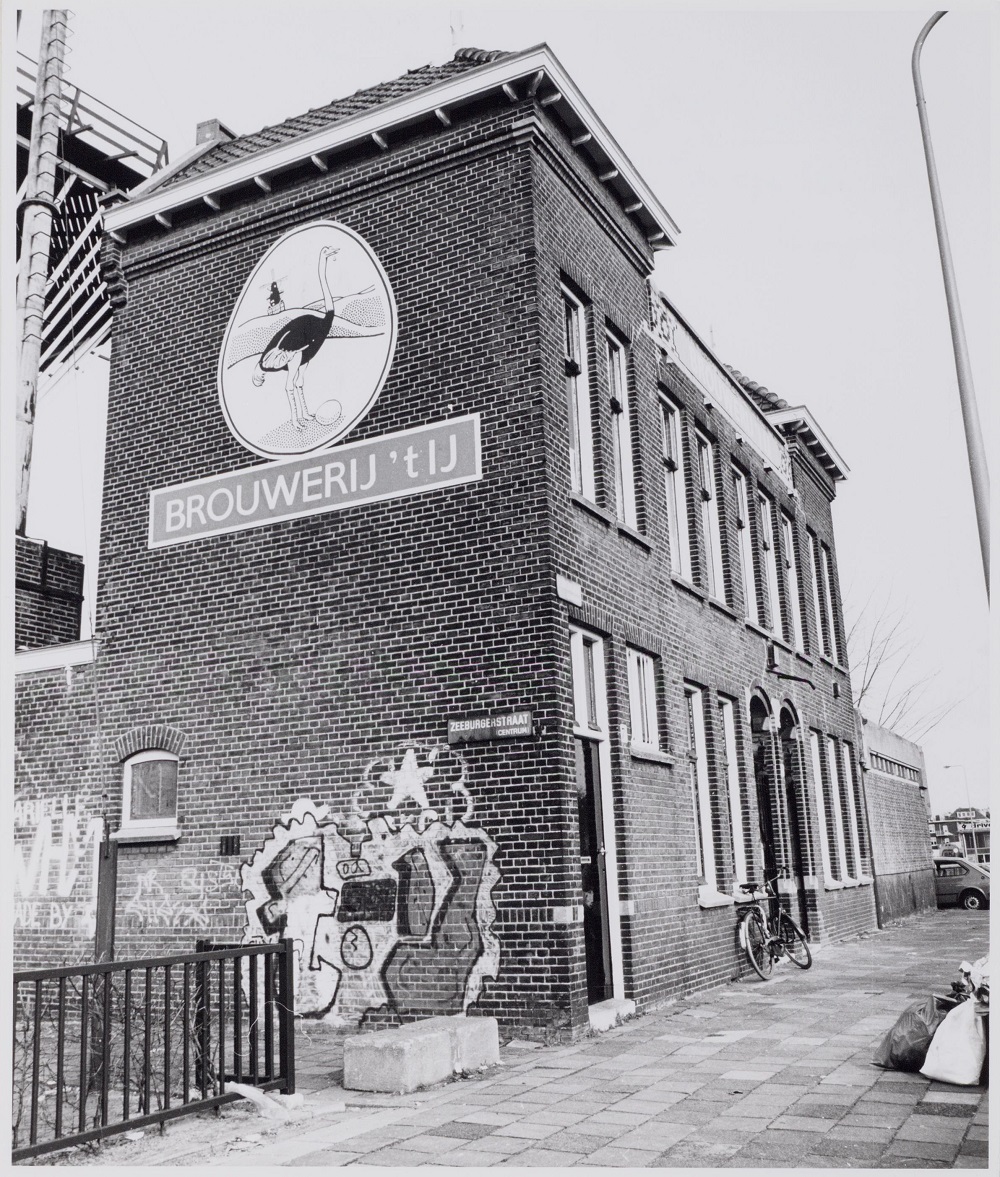 From bathhouse to brewery

A while back the old windmill de Gooyer had a hard time during the blizzard which was troubling the city. But he has been there for over 200 years, so a little snow doesn’t bother it. But for the record: our brewery is not located in this wooden giant, but in the building besides it: The old bathhouse de Funen. Time for a history lesson!

Windmill de Gooyer and our brewery / pub during the blizzard on the 11th of december this year.

Till the late sixties of last century, a shower was considered a luxury not every house in the city had. People washed themselves in the sink and once a week in a tub. As an addition, they visited a community bathhouse once a month where they could take a shower for little money. You could find these bathhouses all around town, but especially in the parts with a lot of older worker’s houses, like Amsterdam-East. Gradually more households were given access to a shower and the bathhouses lost their purpose. The abandoned buildings got demolished or got a new purpose. Like the former bathhouse on the Javaplein, which houses nowadays a restaurant with the little surprising name: Het Badhuis (the bathhouse).

The bathhouse at the Funenkade

The bathhouse at the Funenkade, where we brew our beer these days, opened its doors in 1911. But how we got there? To find out we need to go back in time, 32 years to be precise. Around this time Kaspar Peterson (founder of our brewery) brewed the first IJbeer in his old house in the Pijp. His hobby got out of hand and his brews got better and better. Crates of beer stacked up in and around his little house. In the end became his bedroom a fermentation room and slept Kaspar and his wife next to the bags of malt and hops.

Bathhouse de Funen short after it opened its doors in 1911 (Photo: Cityarchive Amsterdam).

Needless to say that this was an unwanted situation. Kaspar had to make the decision to control his hobby or to go pro. He choose to open his own brewery, a special occassion because in the last 120 years not one new brewery opened its doors in Amsterdam. The quest for a suitable location to brew beer had started. At first he was very interested in former slaughterhouses, because of the hygiene requirements were comparable with that of a brewery. But abandoned slaughterhouses turned out to small or on an unfavorable location.

On a day, Kaspar read an article about the closing of the bathhouses in the city. A bathhous would be ideal since these buildings have a lot of piping which is essential when brewing beer. Quickly after this stroke of genius he visited three empty bathhouses: Javaplein,  Boerhaveplein and the Funenkade. When he visited the bathhouse at the Funenkade he knew: ‘This is it!’

The former bathhous in 1987, two years after we took residence (Photo: Cityarchive Amsterdam)

The abandoned bathhouse was at that point property of the Community Landcompanty. Kaspar was lucky enough that he had to deal with Adrie van Oostrum, a friendly man who found joy in finding new purposes for old and unwanted buildings, like this particular bathhouse. That van Oostrum was a beerlover probably played a big role because in the years that followed, he was a regular in our pub.

From that point on it all wend very fast, Kaspar signed the contract and took residence. Years later the brewery at the Funenkade couldn’t longer meet the growing demand. So we decided to open a second brewery in 2013. This one is locaated at the Zeeburgerpad, only 700 meters from our original brewery.

References to the past

It is no secret that our brewery / pub used to be a bathhouse, if you look good enough you can even find some references to this time. Behind one of our fermentation tank you can find the original tiles and soap holders. And above the entrance you can see two signs who indicates the door for males and the door for females. Inside the pub you can find a sign with the original openingtimes from the bathhouse (you have to look good, but it is really there!).

Got curious to our brewery? Of course you can visit our pub between 2pm and 8pm. But for a look inside our brewery you can always take a guided tour for only 6 euro 50.

2 comments on "From bathhouse to brewery"