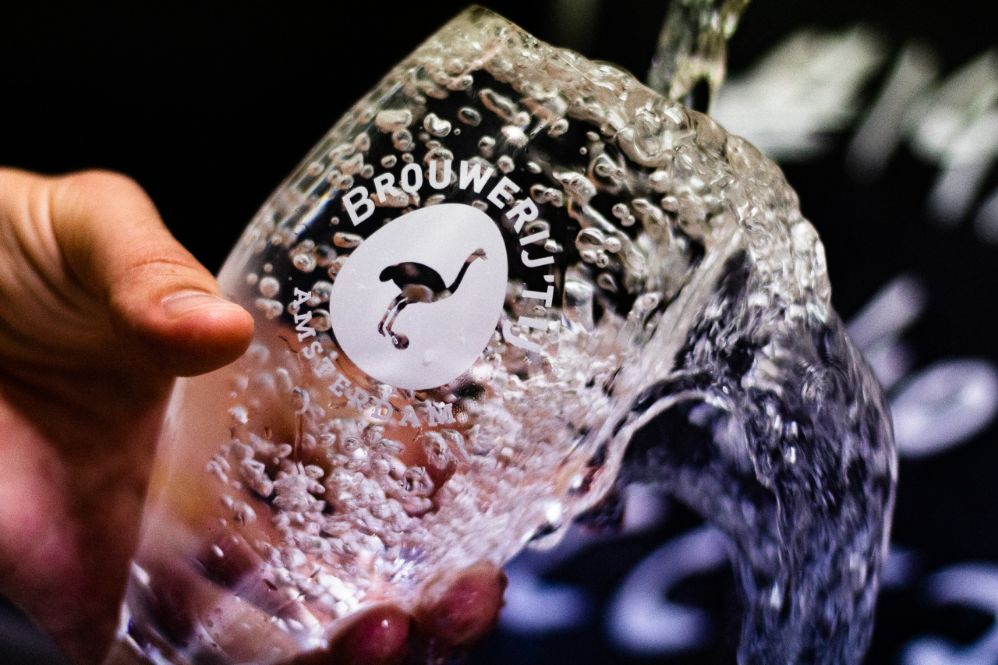 To brew beer, you only need its four basic ingredients: malt, hop, yeast and water. Most of our malts come from Belgium, the hops arrive from all over the world and the yeast is safely stored in a German lab but our water is very local tap water.

Icebreaker
Amsterdam water is currently rated as excellent water but this has not always been the case. In previous centuries, its quality was rather miserable. In order to brew acceptable beer, Amsterdam brewers had to import their water. In true Dutch fashion, they did so using boats. They had to hire an icebreaker during harsh winters in order to transport their water to Amsterdam.

As a result of these hurdles, brewing in Amsterdam used to be a costly hassle. Until 1853, when things changed for the better as Amsterdam realized the first Dutch public waterworks. Fresh water from the dunes was pumped into town by use of a system of water pipes. Residents would pay one cent a bucket for their fresh, new drinking water.

Dune water
The dunes came to be named after the Amsterdam system that they supplied with water but in order not to exhaust them, they had to be supplied with additional water from elsewhere as Amsterdam and its demand for drinking water kept growing. All the water that enters the dunes is filtered and purified there before it makes its way to Amsterdam taps.

Once it streams out of Amsterdam taps it is more than ready for drinking, but is it good for brewing too? Yes, our brewer Tjalling affirms; “We brew with this water as it comes from our taps.” Amsterdam tap water is known to be pretty ‘hard’ water. That may not sound favourable but for the types of beer we brew it doesn’t pose any problems. You would need softer water to brew a typical pilsner. The composition of the water for that type of beer should be similar to the water as found in the Czech region of Plzeň, where the style originated. For that reason, many brewers adapt the mineral composition of the water they brew with to fit the style they aim for. An IPA, some claim, should be brewed with water that doesn’t stray too far from the mineral composition of the water found in the British Burton-On-Trent.

Nothing to add
In order to acquire the ‘right’ kind of water, many brewers completely demineralise their water in order to build the ‘required’ composition afterwards. “We don’t do anything in that respect”, our Tjalling states. A beer like our IPA proves that we don’t need to break down and then rebuild the composition of that fine Amsterdam tap water. We might increase the pH value sometimes, but that only serves to speed up the brewing process and has no effect on the taste whatsoever.

Pure Amsterdam tap water (and some malt, hop and yeast), we say, is all you need.