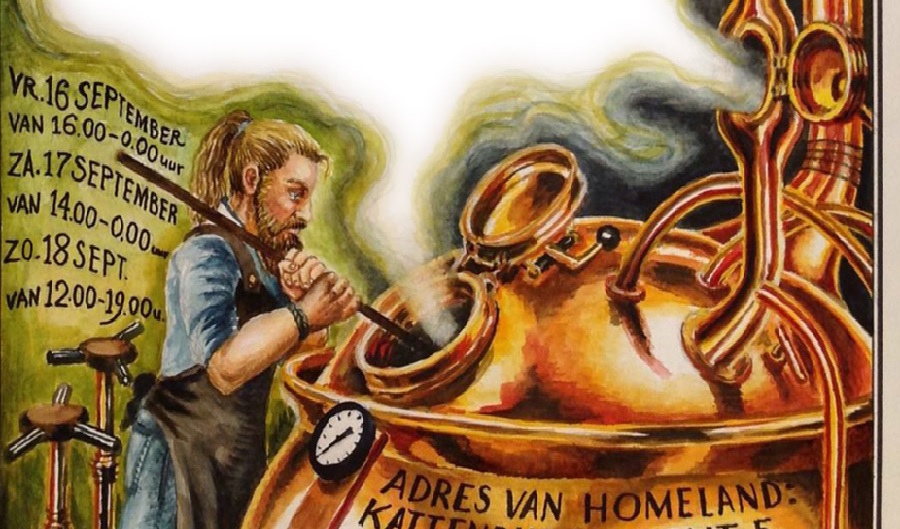 The Amsterdam Beerfair: impressive brewery gathering around the corner

We wrote about this before: after 360 years the Marines abandon their historical terrain right in the heart of Amsterdam. The area thus opened is already accessible for ordinary civilians. Yet, the people of Amsterdam will have to start loving it after its centuries of isolation. Clever thing therefore to license a brewery. The Homeland brewery is a small-scale affair and brews most of its beer for the adjacent pension carrying the same name.

One brewery with a view on a 17th century ship replica and the iconic NEMO building is good news, more breweries at the same spot is even better news. The good people behind Homeland therefore decided to invite some colleagues and host a beer festival at this interesting new part of public Amsterdam. The Amsterdam Beerfair will take place on the 16th, 17th and 18th of September.

The fair, at a stone’s throw from Amsterdam’s central station, will host a number of the capital’s finest brewers will be there. Our friends of De Prael and Oedipus Brewing will be there, as will Homeland itself of course, so we did not want to miss out on this event next door.

Besides all this local flavour, there is strong international presence too. The organization managed to lure some of the world’s best known breweries to this waterside event. The classic craft beer pioneers of Anchor Brewing will be there, as will the unstoppable Scots of Brewdog and the Bavarian beer overlords of Weihenstephan.
These international brew heavyweights offer great opportunities for anyone who prefers a glass of proven quality. Yet, The Amsterdam Beerfair also offers you the possibility to combine some of the world’s most famous beers, with brews from lesser known brewers. The Italians of The White Pony Microbrewery, and two Belgian breweries of Hof Ten Dormaal and De Dochter van de Korenaar, are less famous yet interesting additions to the line-up.

Did we mention that there will be live music all weekend already? To everyone who looks forward to good times at the water side we say: see you there!

2 comments on "The Amsterdam Beerfair: impressive brewery gathering around the corner"