We’re literally brewing night and day these days. After their long shifts, or with one ahead, our brewing, bottling and delivering crew can use some solid food. Fortunately, we’ve got a guy specializing in that kind of fuel just around the corner. Pompoen met Speck (‘Pumpkin with Bacon’) is a little catering affair specializing in hearty, potato driven meals.

Vegetable man
Marco Dodeman was surrounded with vegetables from a very young age and grew up to be a green grocer, like the rest of his family. After he realized he felt happier in a kitchen, he started to focus on the potential of (almost) forgotten Dutch vegetables. He uses them to great advantages in the typical Dutch dishes called stamppot, mashed potatoes mixed with one or several vegetables.

Marco deviates from the conventional stamppot norms by adding new ingredients lik,e pastinaca or by combining them with chicken shawarma. Dutch people who look for the familiar stuff will be happy to find sausage and bacon options too. Marco actually developed a surprisingly fresh, herbal porc sausage with the young Amsterdam sausage makers of Brandt & Levie.

Full-bodied
For those cutting down on meat: Marco also offers burgers made of mushrooms and pine nuts or kale and pastinaca. For those opting for soup: Marco makes his out of tomato, pumpkin, spinach, peas and/or (again) pastinaca. They are firm and full of flavour. “I like full-bodied soups”, says Marco and it suits his appearance.

Marco’s food is the kind that tastes best around this time of year. Happens to be the time of year that suits our bock beer best too. Ready to have a glass or two of our IJbok but yet unsure what to have for dinner? It is easy to order to Marco’s stamppot online. Proost en eet smakelijk. 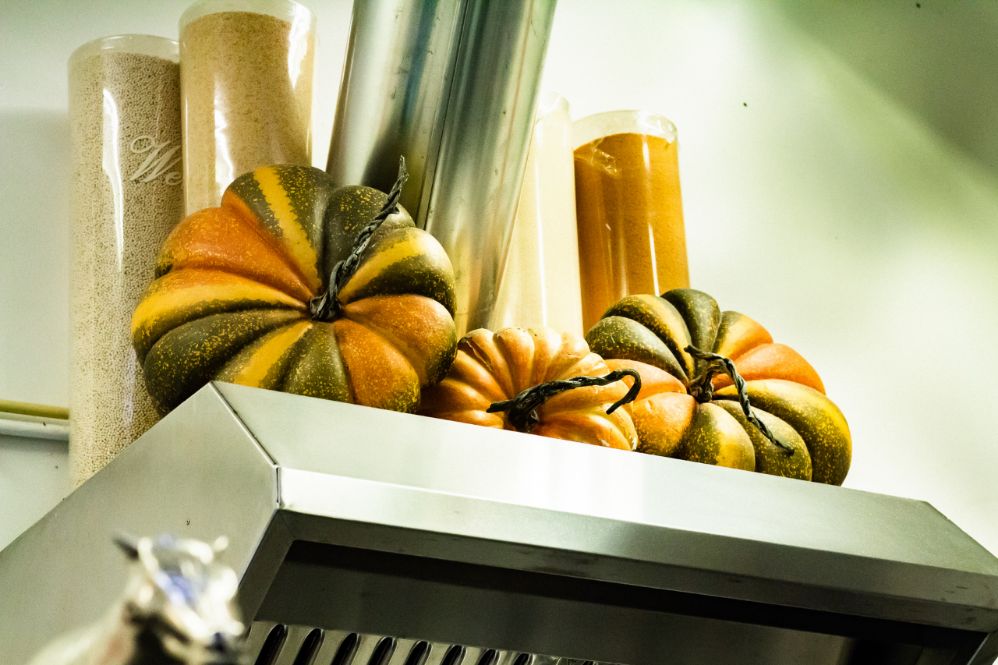