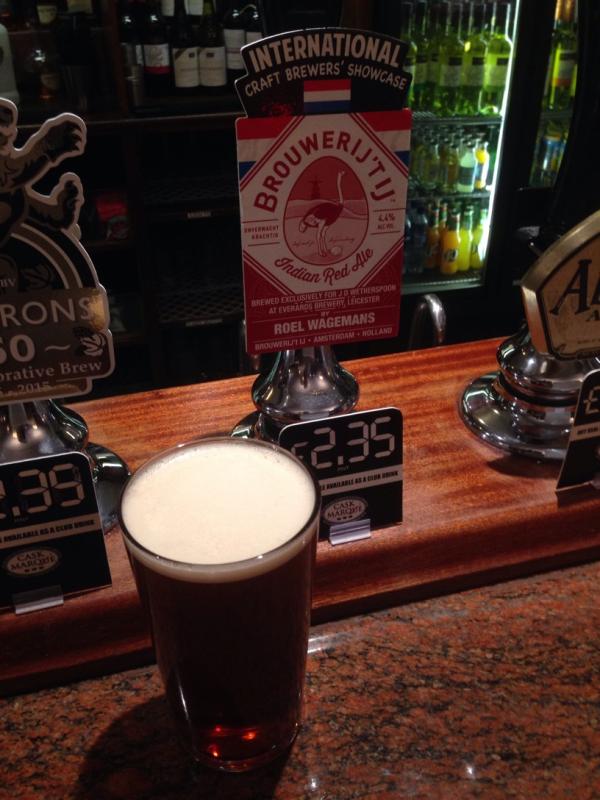 Like last year and the year before, J D Wetherspoon invited us to brew for its Real Ale Festival again. Real ale brewing is an inspiring break from what we usually do and so we flew to the UK. At the facilities of the Everards brewery in Leicester we brewed no less than 7000 litres of cask ale. As stated, this is something different from the beers we normally brew. Cask ales ferment in the cask, from which they are served not by use of extraneous carbon dioxide but with a hand pump. Furthermore, they are generally served at the relatively high temperature of 12 degrees Celsius in order to highlight its flavour better.

We opted for an India Red Ale. Caramelized malts and a few other dark varieties provide the red hue while the use of Kent Goldings, Summit, Nelson Sauvin and Rakau hops results in a mildly fruity twist. As a proper cask ale, this has – especially compared to Brouwerij ‘t IJ standards – a low alcohol percentage: 4.4. The India Red Ale is exclusively poured by the Wetherspoon pubs.

In the UK? Check if there’s an opportunity nearby.