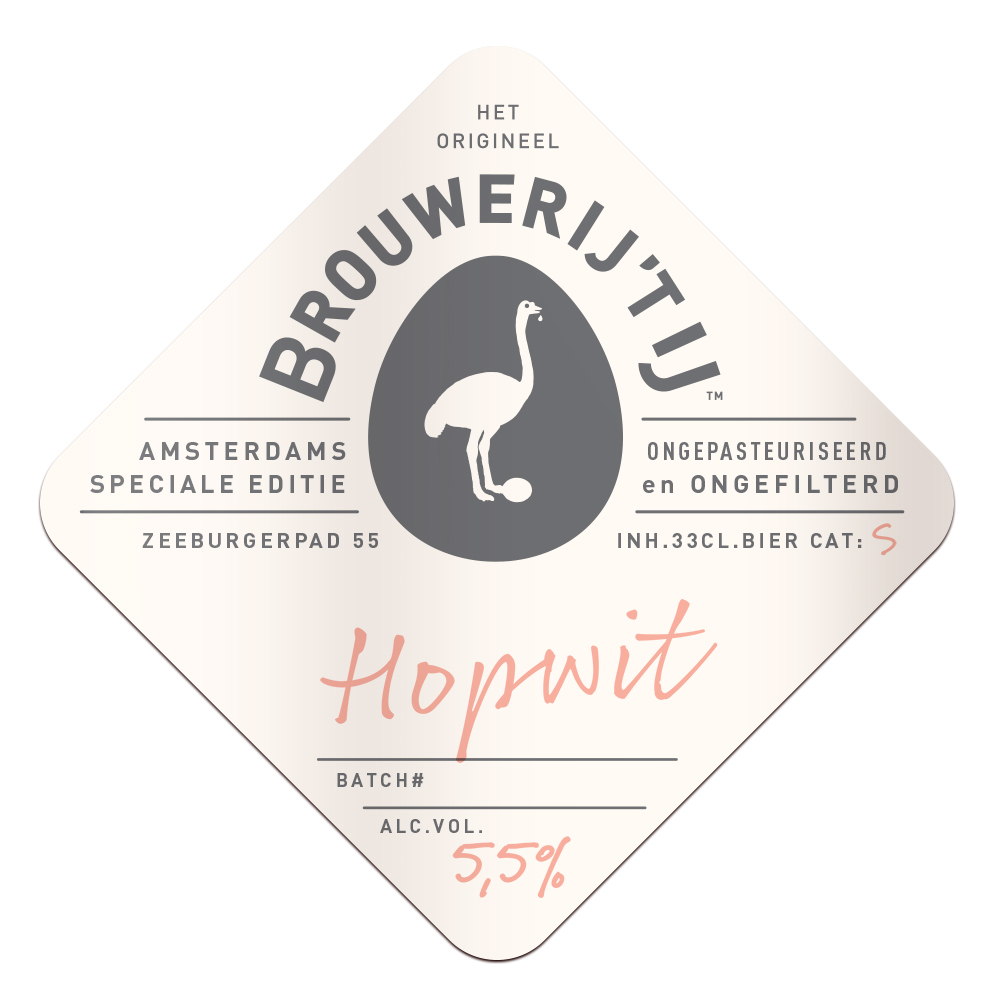 We brewed this wheatbeer for an alliance of Dutch beer cafes. It will be their exclusive beer of the month for September 2015. We used our own yeast though and hence you’ll recognize it as a Brouwerij ‘t IJ beer while the use of some wheat malt defines the Hopwit (5.5%) as a wheat beer.

We added a single hop, the Mandarina Bavaria, at five different moments which resulted in a subtle, layered hop profile. The scent of tangerine and other citrus tones of this German variety beautifully complement its typical wheat beer freshness. Quite nice, fresh, dry finish too