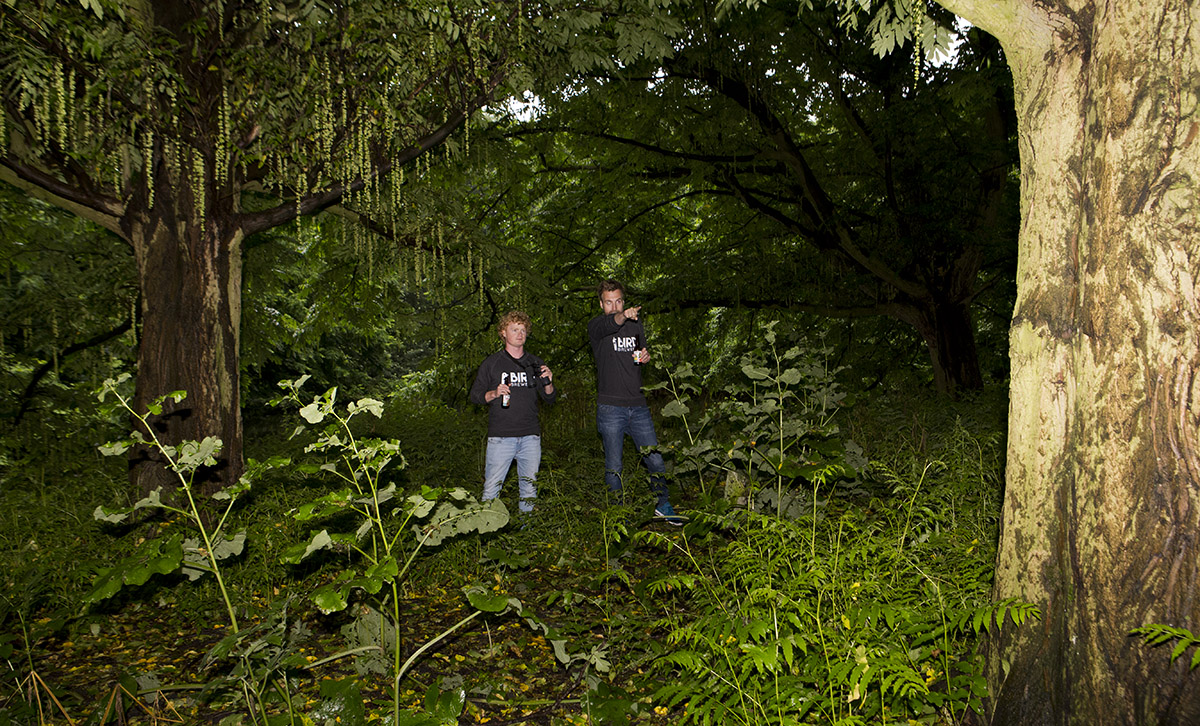 Paid a visit to the guys from Bird Brewery

Nognietnaar Huismus, Rumoerige Roodborst and Datsmaaknaar Meerkoet. A few beers from Bird Brewery, a small brewery from Amsterdam. We’ve met with Rik van den Berg, one of the youngest beer sommeliers, chairman of beer society ’t Nieuweland and together with Ralph van Bemmel founder and owner of Bird Brewery.

How did it all started?

Rik: Ralph and I met each other at the Stibon training in Amsterdam. I brew a little bit of beer in my barn in that time. Back then, Ralph was the owner of the online beershop “Bierlab“. He thought it was a fun idea to sell the beer he did brew himself. That’s where I showed up. What started as a fun idea and a night in the pub ended with a very succesful crowdfunding to brew our first beer, the Rumoerige Roodborst. We sold half of the first 2000 liters of beer before the crowdfunding even ended! We worked very hard to sell the remaining 1000 liters to pubs and liquor stores. But while we were doing this, we noticed the requests were overwhelming.

Where do you guys brew your beer?

Rik: We brewed our first batches in the kettles of “brouwerij Kees” in Middelburg, but after a while he needed all his capacity for himself. At this point we needed to decide whether we wanted to expand our hobby and find another brewery willing to rent us capacity. We decided to chase our dream and go on, and today we brew in the Jopenkerk from Jopen bier in Haarlem.

Who is the mastermind behind the creative names of your beer?

Rik: We come up with the names ourselves. At first the names were alliterations like Rumoerige Roodborst and Fuut Fieuw, but now they the names are puns based on bird names like Datsmaaktnaar Meerkoet (the pun will be ruined if I try to translate them, you just have to believe me that they are very funny). The brother of Ralph designs the labels. We find it very important that our labels and names are funny, but it’s the beer that really matters the most. We’re glad both of them hit the spot.

You have quite a lot of fans already, how is that possible?

Rik: We weren’t able to go all-in from the beginning because we were doing it as a hobby and I still work four days somewhere else. But we decided to use social media from the beginning as our way to communicate with the consumer, because it is a cheap way to reach out to a lot of people. And with success! We’ve now got 5000 likes on Facebook and I can say we thank our current position partly due to social media.

What beers can we expect from you in the future?

Rik: We’re going to brew three specials this year, but they don’t get bird names. With our specials we want to highlight bird spotters. Our first special is Mr. Cacoatoe, a delicious choco porter which combines excellent with cheescake, ice cream or old cheese. What the other specials will be is still a surprise. Maybe we will brew a seasonal beer as well. Oh, and we’ve got one other new beer in the tanks right now. Not a special, but an addition to our fixed range of beers. What it’s going to be called? Yeah, I think I can tell you that, it will be “Datisandere Koekoek”.

Where is this story going to end?

Rik: Like every small brewery, it is our dream to open up our own. Besides that, we would like to take part in some awesome collaborations with other breweries, like bar take-overs and such. Oh, and our own pub is also very high on our wish-list!

Can you tell us some trivia about Bird Brewery?

Rik: Sure! On each label, you can find the Bird Brewery logo, but you need to look very closely because we hid it well. You can also find Ralph and me on every label which is a “joke” from Ralph’s brother, whom designs the labels. At last, besides the required warnings on the labels you’ll also find some special warnings..

Paid a visit to the guys from Bird BreweryTuesday, March 14, 2017Daisy Altelaar
0