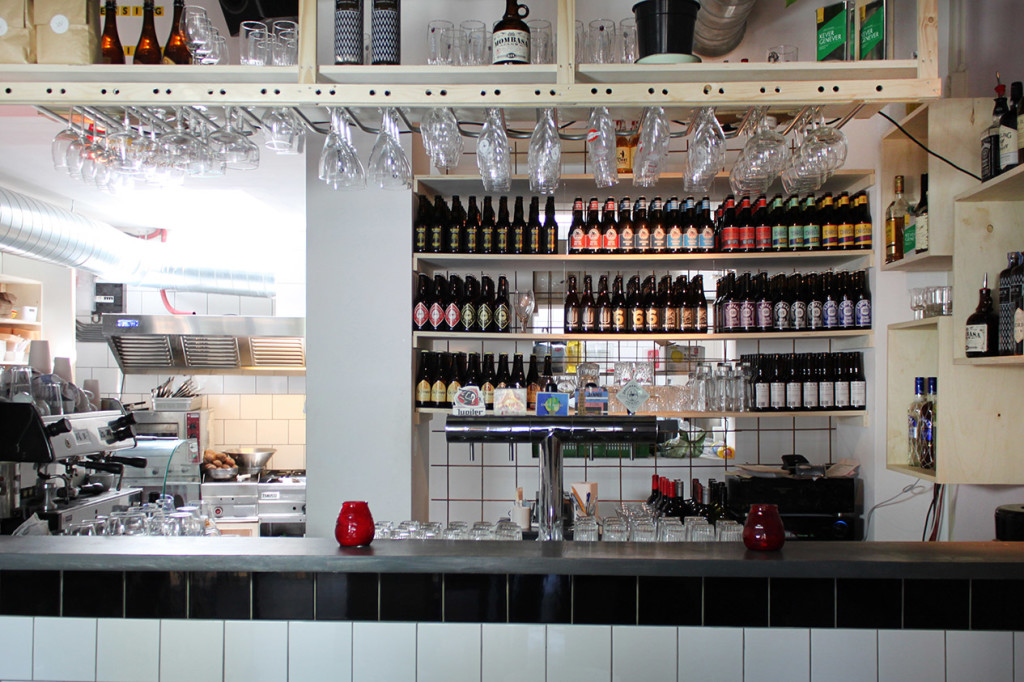 For those craft beer drinkers that aim for something different than the usual hamburger, bar Kauffmann offers a welcome alternative.

Bar Kauffman, a falafel restaurant based in the western part of Amsterdam, grew out of a food truck business. Saskia Kauffmann worked with female cooks from all over the world to turn traditional recipes into festival snacks. When the option of opening a permanent restaurant emerged, she seized it as an opportunity to deepen her collaboration with the 62 year old food designer Azar.

Secret Iranian weapon
Azar likes to travel and return with culinary inspiration. She “designed” four exclusive falafel options for Kauffmann. The choice for falafel was a conscious one, an attempt to offer a healthier, more sustainable alternative to the hamburger.

But Kauffmann does have something in common with the many hamburger joints dotting Amsterdam: a rich selection of local craft beer. Saskia’s brother Thomas selected the good stuff from different Dutch cities and stocked the bottles. The tap is taken by Amsterdam brews.

Ultimate combination
Question that arises when you study the menus for beer and falafel: which do pair best? “Our most populair falafel is the falafel mango. It combines really well with a weizen or a wheat beer”, Thomas Kauffmann says. “Like Tropical Ralphie by Two Chefs Brewing or the IJwit of course. In terms of freshness, this is the ultimate combination.”

We are eagerly awaiting the moment Kauffmann will open its terrace again.