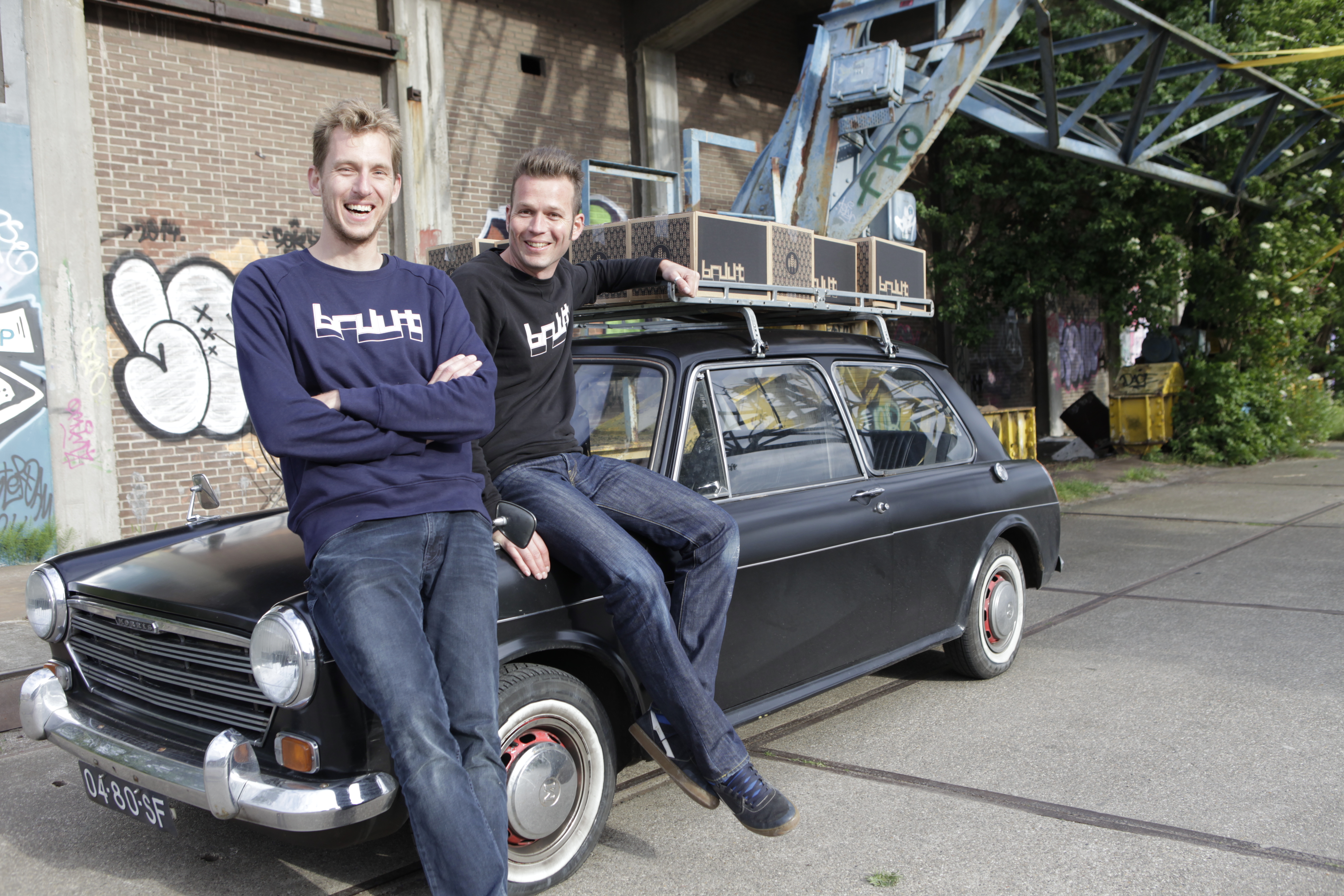 Two familiar faces appeared in the ever growing crowd of Amsterdam craft brewers about a year ago. We knew Sander and Ward as very frequent visitors of our own brewery, for no less than about fifteen and twenty years, respectively. Let’s say that what they sampled on our terrace got them all inspired. A few years ago the homebrewing virus got hold of them and they started to develop recipes for their own beers which they labelled Bruut (let’s say that translates as brutal in the awesome way).

After Bruut was officially registered they sold their first batch much much faster than expected. That was about a year ago. Now, their beer is available at some forty different spots.

In the meantime, Sander and Ward followed courses in artisanal brewing in Belgium. Although not as hoppy as the beers of many of their upcoming colleagues, the Belgians frowned upon their Stennis: “way too hoppy” and, therefore, “not commercial enough”. A few months later, Stennis was awarded a silver medal at a regional competition (with stiff Amsterdam competition).

The success feels good, but the guys of Bruut are in no rush to make it big. They brew their Stennis, of course, a refreshing, light blond (somewhat like our own Plzn). But also a fruity strong ale (Soelaas) and a wheat beer (Eigenweiss). They finetune the recipe of a tripel and plan a saison too.

While they contract brew now, they aim to officially become Amsterdam’s smallest brewery. At the moment, they still develop their recipes in their kitchen. This should change when they install a fifty liter brewing installation in Sanders t-shirt printing studio. Just some small scale practice for the real work. Nothing too mega, for they prefer stirring the wort over staring at a computerized installation. But, a little brewery, tasting room on the side, would make them pretty happy. We understand.