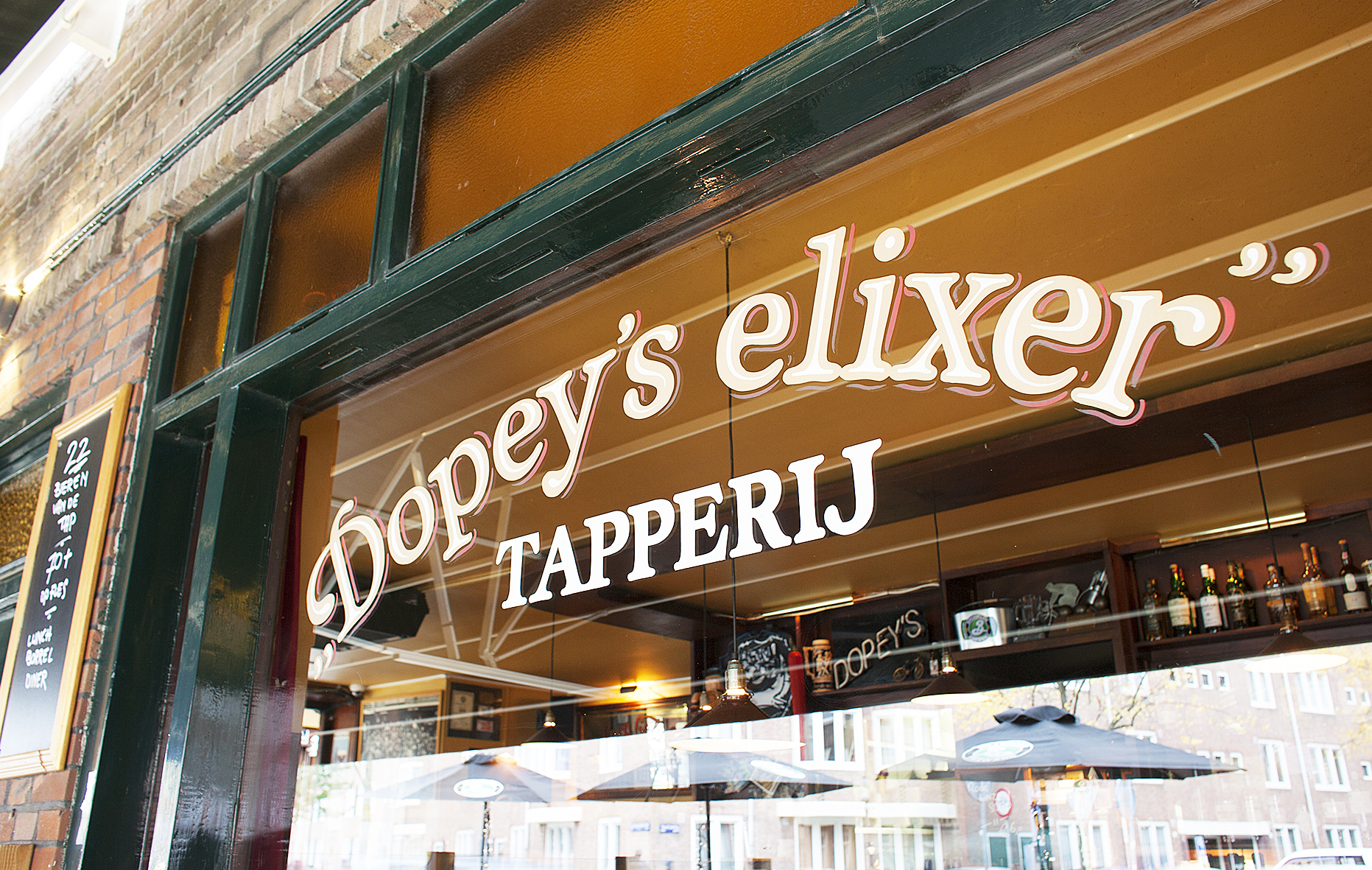 Dopey’s Elixer looks unpretentious from the outside but this bar is all about dedication to great beer and simple but very well prepared food. They do not advertise it as actively as some other well-stocked cafes but they offer a wide range of Dutch and international beers. No less than twenty-two beers are available from tap whereas you can also pick from another seventy or so bottled varieties.

Dopey’s Elixer was among the first of those who decided to pour our beers when we just started. They have been loyal supporters ever since. You will always find Natte, Zatte and our IPA on tap and a few others in bottle too. Continuing this tradition of local craft beer support they often stock new local brews. From Amsterdam itself of course, but also from others within the blooming Dutch beer scene. In addition, you will find a lot of Belgian classics here too. And the better of the American and British craft beer that recently found their way to the European mainland.

Although it is located off the bustling main streets of the Pijp neighbourhood, this place also attracts visitors from the rest of town. It is the rich beer menu that pulls of course. But since they invested in their kitchen, the food is a factor too. They keep it simple but cook with great care. Result: pleasantly surprised visitors that rate this culinary bar food way higher than average.

All in all, we are pretty pleased to have our logo lighting up here.