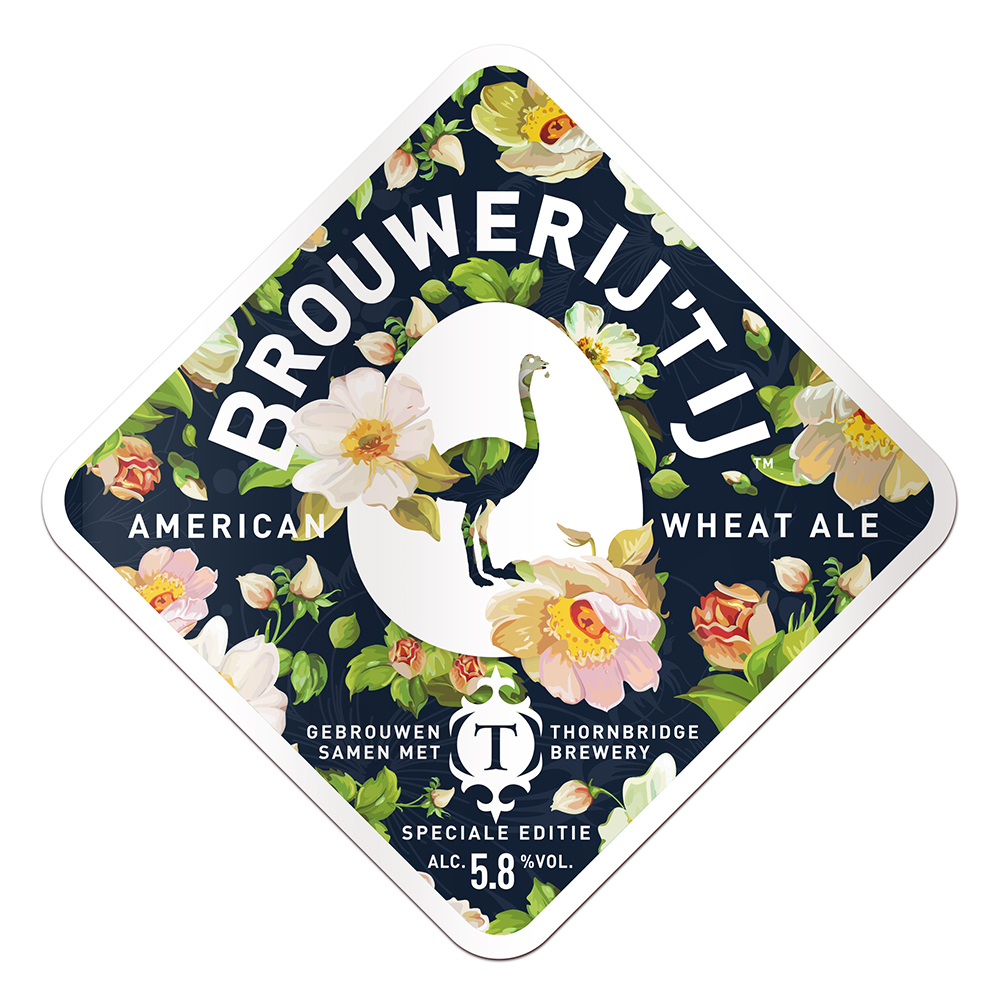 Last April, we had the honour to collaborate with Thornbridge. The people behind this British brewery were part of the pioneering movement that shook up the brewing scene in the UK. They initially made their mark with heavily hopped beers but have turned respected all-round brewers over the ten years of their existence. We decided to brew what we eventually called an American Wheat Ale, an American take on the German Hefeweizen.

The American Wheat Ale is firmer and hoppier than the average wheat ale. It is fresh but smooth too and it has a refreshing, soft bitterness to it. Credit is due to the Mosaic and Galaxy hops there, which also provide the fruity tones of orange and mango. Fruit of the collaboration: beautiful wheat beer with a bite.