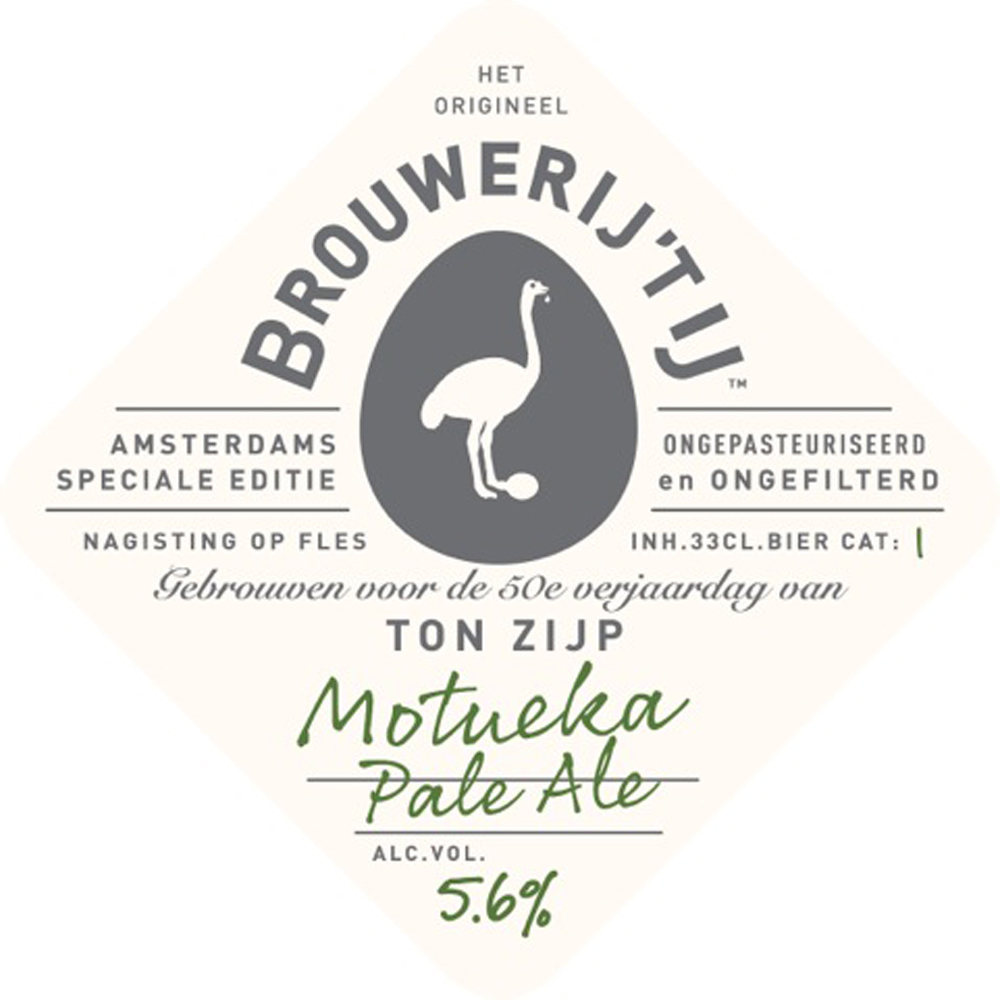 A new one-off batch, of the hoppy kind once more. It’s named after a relatively new and rare breed of hops from New Zealand, of which we managed to acquire a good-sized pack. This batch was brewed to commemorate the last day at work of Ton Zijp – our colleague for the last nineteen years. Ton has thrown the hops in single-handedly, and you can bet that you’ll taste that. Motueka hops have aromas of lychee and other assorted tropical fruits such as lemon and lime. With its pale amber colour, its mild and very refreshing bitterness and its alcohol percentage of 5.6% it is very easy to love.

Unfortunately the Motueka Pale Ale is completely sold out.

THE KIND OF GOODBYE GIFT YOU WISH BASICALLY ANYONE
Motueka Pale AleFriday, May 29, 2015peter
0