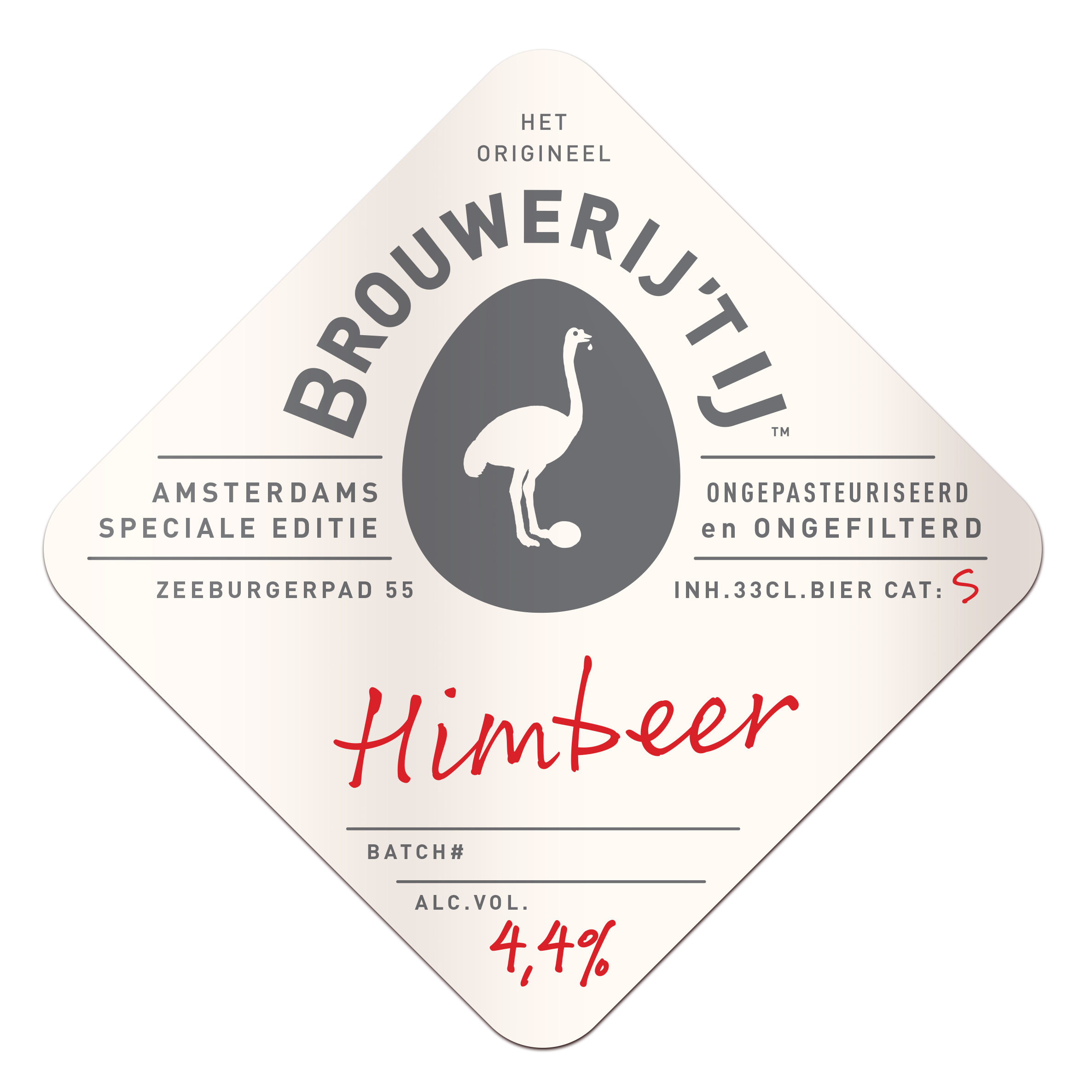 We decided to brew our first sour beer and in our attempt to collaborate more with inspiring brewers we too could think of no better partners for this experimental project than our up-and-coming local colleagues of Oedipus. Within their short existence they have already successfully tackled a great number of nearly forgotten styles and just as easily introduced them to an audience much wider than the regular inner circle of beer experts.

We decided on something like a Berliner Weisse, a German-style sour beer infected with lactic acid bacteria and often flavoured with fruit. We opted to control the way the bacteria entered the wort and had them sour it for 48 hours. This turned out extremely well, creating a funky, fresh, sour taste with, amongst others, hints of rhubarb. The wort was then boiled again but, unlike usual, we used no hops at all. Towards the end of fermentation, we added about a 100 kilos of raspberries as well as few black berries. Besides its fruity tones, this gives the Himbeer its beautiful, bright pink colour.

Besides its fresh, sour aromas there is another reason which makes this a perfect beer for our (preferably sunny) terrace: an alcohol percentage of 4.5. It is a limited edition of less than thousand litres so this is probably finished before summer is in full swing. So grab one before it is all gone and marvel at its pink and sourness.

Video of our funky collaboration with Oedipus
HimbeerFriday, May 29, 2015peter
0