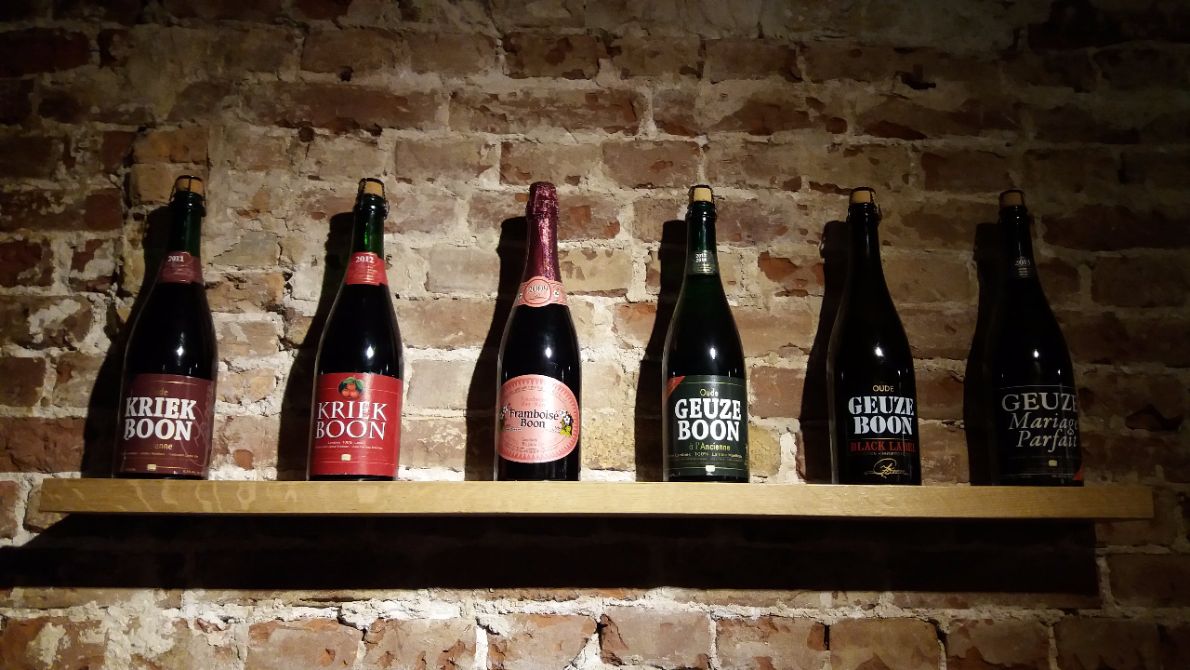 Foeders, beer cafe combining the best of Amsterdam and Belgium

Most Belgians that come to Amsterdam don’t come for the beer. Yuri Hegge is a remarkable exception. The beer sommelier moved to the Dutch capital after he got hired as a manager for the local Delirium café. After he left to help establish Tap Zuid, another of Amsterdams many new beer cafes, he realized he was too Belgian to work under Dutch conditions. He basically had two options: return to Belgium or start his own business in Amsterdam.

Good news for the beer lovers around town: he chose for the latter. His Foeders means another new beer café with more than thirty taps. But unlike the other new arrivals, Hegge makes sure that every beer he pours, ends up in the right glass. “Respecting the product you work with”, he calls that.

There is a lot of care in all the other things Yuri presents at Foeders. His stylish presence, the patience and pleasure he takes in explaining beer stuff, the shrimps that come with a glass of Rodenbach.

Yuri is not hindered by the chauvinism that makes his fellow countrymen skip the local breweries when in Amsterdam. He considers the Dutch beer scene an interesting one, although he naturally does get offended when Dutch brewers claim they have surpassed their neighbours in terms of brewing. “Clownesque”, he labels such overly confident claims.

In the end, he doesn’t care in which country a beer is brewed, as long as the brewers brew it themselves, in a proper brewery. It might be a minority in the Netherlands these days, as many send off their recipes to an experienced brewer. Yuri buys his beers with the brewers that do choose to invest in their own brewery. He prefers the “artists” over what he calls the “marketing types”.

As a result, his beer menu is a pleasant mix of beer from Belgium and the Netherlands and some from further afield, all brewed by people who knew what they were doing. Yuri admires the curiosity with which the Amsterdammers explore all these different options, who distinguish themselves positively from their Belgian neighbours in this respect. “It is one of  the hundreds of reasons why I won’t leave Amsterdam anymore”, he promises.

Good news, for he is stocking the Belgian treasures of spontaneous fermentation, beers still relatively hard to find around town. This beautiful new beer bar is named after the barrels in which these “sour” beers lager and might well become their main destination in town.