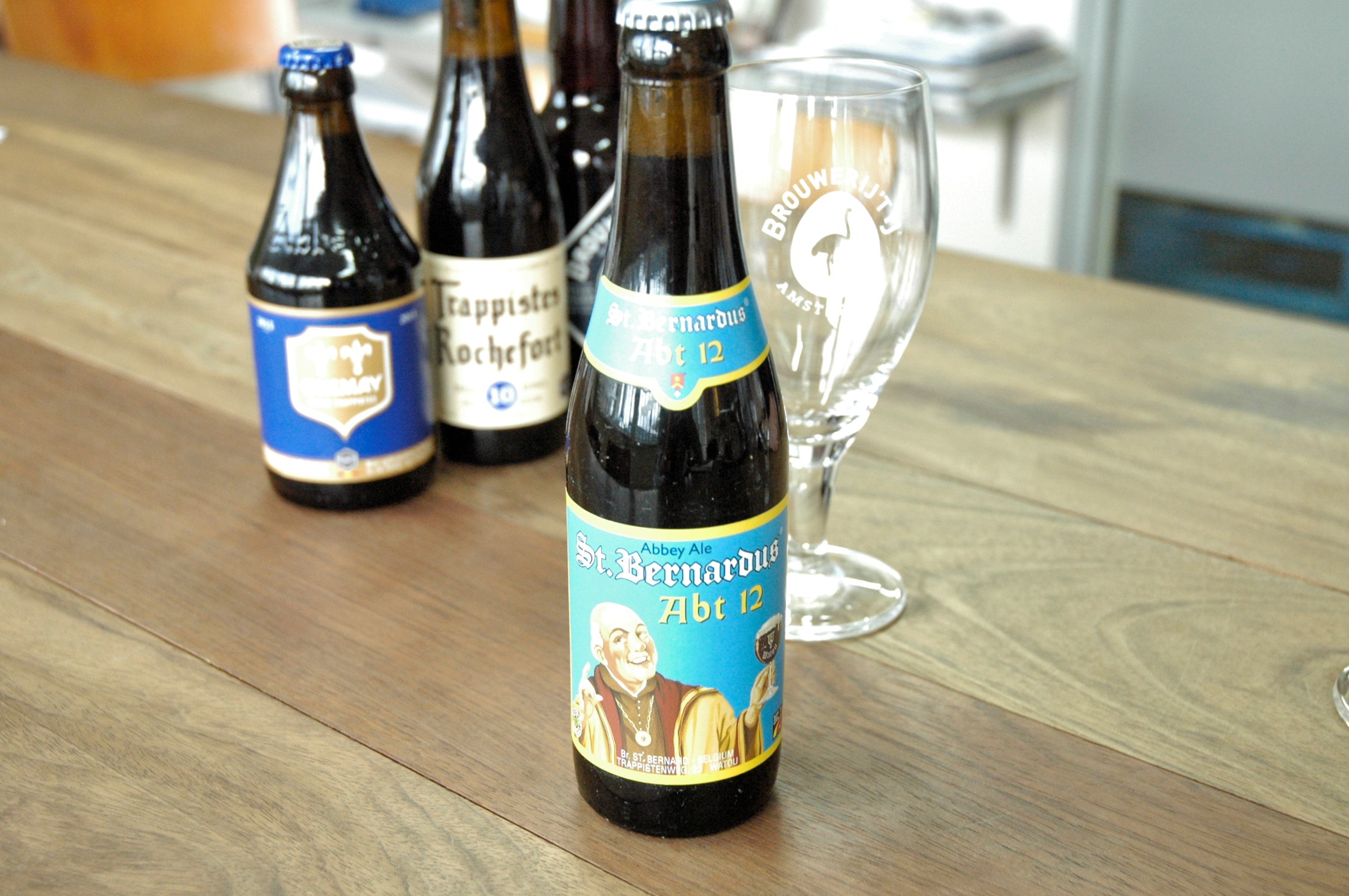 Tip from our head brewer: St. Bernardus Abt 12

No season is unfit for great beer but winter demands extra measures. We consider our very own Struis one of them. This beautiful English style barley wine chases the cold from wherever it has settled in your body and tastes great too. So, that is our very first tip for wintery weather. But since it starts to get seriously cold, we decided to sample a few other heavyweights that might keep you warm and happy in this trying season.

We placed a few dark Belgian strong ales in front of our head brewer Roel Wagemans and eager awaited his professional findings. His absolute favourite came as no surprise: St. Bernardus Abt 12 tasted best.

“You really smell that yeast”, Roel notes, happily sticking his nose in the glass. He marvels at the thick white head and high carbonation rate underneath it. While the deep brown liquid contains no less than 10% alcohol, its taste is beautifully balanced. It displays a “beautiful complexity”, yet “nothing too crazy”. Roel hails it as the “ultimate winter beer” for its “candy like” qualities and the way it warms you almost instantly.

He is not the only one to appreciate the St. Bernardus Abt 12. Many have already listed it as one of the best beers in the world. As so many of the better beers, it has its origins in the Belgian monasteries. When the Trappist monks of the Saint-Sixtus Abbey, in Flemish Westvleteren, decided to brew their beers on a larger scale, they licensed a local cheese maker to expand their brewing business. Their brew master moved to that secular brewery, bringing original recipes and yeast along. While the taste was intended to remain the same, the name of the beer produced in this new brewery was different: St. Sixtus.

Once the monks of Westvleteren decided to have their beer certified as Authentic Trappist Product, it could no longer be brewed outside of their abbey and in 1992 the contract with St. Sixtus was terminated. Nonetheless, the secular brewery continued to brew according to the trappists’ recipes, yet again under a different name: St. Bernardus.

So, what is the difference between the beers of St. Bernardus and those of the certified Trappists of Westvleteren? Is it the water? The yeast? No one really seems to know. What definitely sets Westvleteren apart is its exclusiveness. Its beers can only be bought in limited numbers, and at a pre-arranged time, at the abbey’s gates. Despite the resulting scarcity, many beer lovers seem familiar with the trappists’ beer: in 2005 Ratebeer.com named their Westvleteren 12 (XII) the best beer in the world.

As a result of the construction outlined above, Westvleteren 12 (XII) is rather hard to find, while the bottles that are available are awfully expensive. If you feel like paying something about the quarter of the amount for similar taste and quality there is a perfect alternative: St. Bernardus Abt 12. It might not have that aura of exclusiveness, it is brewed according to the same recipe and tastes fantastic too.