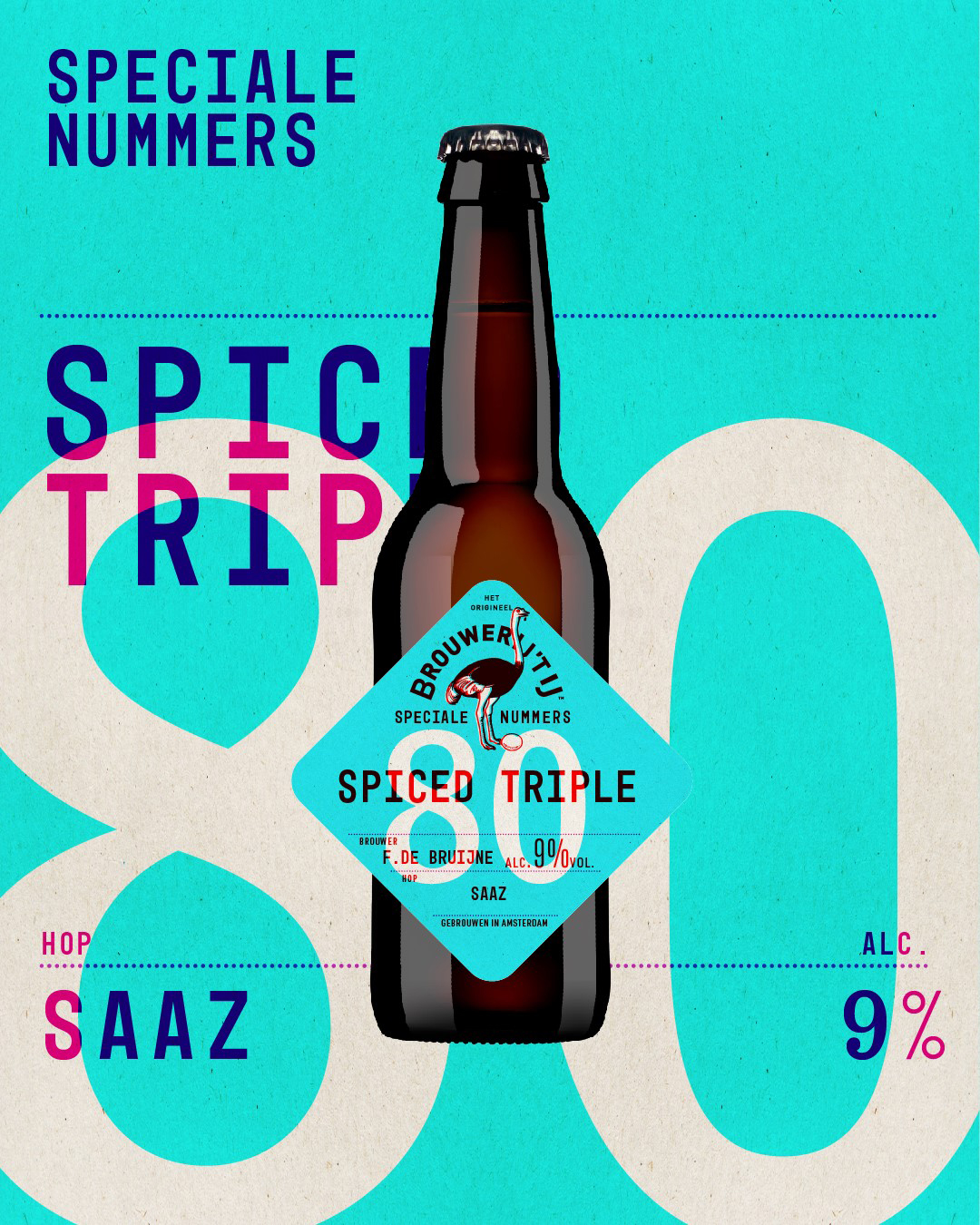 The success of our brewery is largely due to an Amsterdam tripel: The Zatte. It was our very first beer in 1985 and immediately went down well. We kept improving the recipe all those years, have become good triples and have also mastered a number of other styles. With this knowledge and experience, our brewers can now and then indulge in an experiment within our special issue series: a line of beers in which our brewers are given the space to put their personal stamp on that typical profile of ‘t IJ with distinct recipes.

We have now reached beer number 80, which seemed like a good time to refer back to that very first beer from the 1980s. So, just like Zatte Tripel, it had to be a good one. For this we asked our brewer Fred de Bruijne. After all, he is a great lover of tripels and other blond, full-bodied beers and often experiments in that direction. ‘Really up my alley,’ says Fred.

More than with other beers, the yeast is very important for a triple. It largely determines the taste of the beer. In Zatte Tripel that is our own so-called IJ yeast. ‘A great yeast,’ thinks Fred. Our beers stand out because of the specific profile of our yeast’. It’s what makes Zatte Tripel, for example, such an accessible yet very individual triple.

For our number 80 in the line of special numbers, Fred decided to turn up the spiciness that characterizes many tripels a bit more strongly. To that end, he used a different yeast for the occasion. He ordered special abbey yeast for it in Belgium. ‘Every type of yeast has its specific taste, of course, and those abbey yeasts have a very different taste from our own yeast,’ he explains. ‘The spiciness and fruitiness comes out a little stronger from that.’

To further accentuate that spiciness, Fred opened his kitchen drawer. As with more tripels, he added coriander for some spicy freshness. Cardamom went into the tanks (‘not too much, it’ll get sour’) to lift the spiciness, cumin and juniper. ‘Those provide a slightly spicy bite.’

All those flavors lean on a solid malt base. In addition to the usual barley malt, Fred added a few other grains. The wheat gives it a softer flavor and a slight acidity, the oats make it a touch creamier and the rye puts some extra spiciness in it. ‘I like to experiment,’ agrees Fred, ‘but in this case it turned out very nicely. That yeast, in combination with the spices and the malt. It all fits together very well.’

The spiciness is such a prominent factor in this firm beer (9%) that it was easy to choose a name: Spiced Triple. Because that’s exactly what it is: a deliciously full, spicy beer within that beautiful Belgian style.